Derailed: Wu-Tang’s RZA Makes his Move to the Silver Screen in Derailed 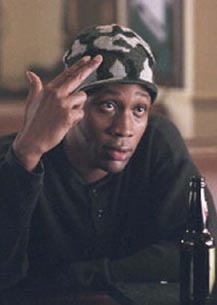 Probably best known in Hollywood for his work composing the music to Quentin Tarantino’s Kill Bill series, RZA is working hard to establish himself as a serious actor. Currently starring in The Weinstein Company’s debut feature Derailed, RZA dedicated himself so much to the part of Winston that he stepped away from the role he was initially approached for: feature film composer.

"When I was approached to score the film I was told to bring home the award we lost for Kill Bill," RZA says. "But then I got so busy acting, I didn’t really have the time to focus."

Inspired by the recent performances and success stories of Eminem and Ludacris on the big screen, RZA is hoping to show Hollywood that there should be more opportunities out there for artists in the hip-hop world to shine on the silver screen. With Derailed having hit theaters the same week as 50 Cent’s Get Rich or Die Tryin’, RZA’s convinced the box office numbers will prove his point. Just days prior to both films’ releases, RZA was so bold as to say that Get Rich or Die Tryin’ would open at No. 1, with Derailed close behind at No. 2 or 3. But unlike 50 Cent and Eminem, RZA doesn’t want to play just another version of himself on the big screen.

"I’m aimin’ to be a real serious actor," he states. "I don’t want to be the ‘black guy’ – I want to be the guy who just happens to be black. Just like Will Smith, I want to fall into a character."

RZA found that character with the part of Winston, a clerk who Clive Owen’s character turns to for help when he’s blackmailed by a thug for having an affair. The rap producer says he found little similarities between him and his onscreen self, a man who once took someone else’s life in prison to save his own, which is why he was so intrigued by the role.

"I really wanted to spend six weeks of my life being someone else. I was reading three or four different scripts when my manager came acrossDerailed. He said he couldn’t put it down, so I wanted to read it. At the time I had just read the script to Four Brothers, which would have been interesting, but I wanted this part. Winston’s 80 percent not me. He’s all about the money, and anyone who knows me knows I never go chasing after money. In fact, that’s what gets him in trouble."

A longtime movie buff, RZA is excited to see how audiences respond to his first role since 2003’s Coffee and Cigarettes.So far, things look promising. During the film’s premiere, RZA says he was excited to see the audience jump during one part of the movie, a part Derailed director Mikael Hafstrom said if done correctly, would get that type of response.

"To see it worked and Mikael got what he wanted … it made me feel like I can do this."

And for RZA, that’s all he could ask for.

"Acting is a fantasy for everyone, but to do it takes talent. I’m just looking for fans to respond to me on the big screen the way they do in the music world. I feel I can do it. If I fail, I’ll accept failure and try again – I’m still learning. But I don’t care if De Niro shoots me onscreen, this is what I want to do."

Derailed is currently in theatres.