Top 5 Things We Want More of in the Bedroom

By Nicki Spencer and Marvin Vásquez 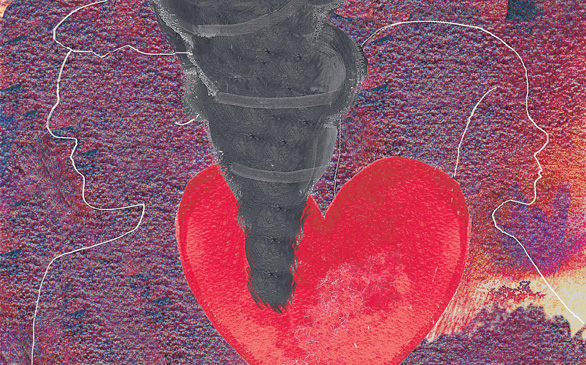 WHAT WOMEN WANT (By Nicki Spencer)

1. Stimulation of All The Right Parts

Every woman is built a bit differently. Some women like to be touched in the traditional erogenous zones; others like to be touched in the less common zones that men may never think of such as, her earlobes. This concept is similar for her downstairs area as well. Every woman responds differently to varying techniques. To make sure you are really stimulating all the right parts, it’s good try different moves to see how she responds. Who knows? Your variations with touch may surprise her. If you still feel like you are not playing the right strings, just remember: When in doubt, ask.

Performing the same routine over and over can eventually get redundant for both of you, and mixing things up is always a great way to explore with her. Try having sex in a different location than you normally do. Test out a new position that neither of you has attempted. Or even bring something fun and exciting into the bedroom to keep her on her toes. Whatever it is, make sure it’s fun, different and safe.

They say that the eyes are the windows to the soul. But, when it comes to intimacy and sex, the eyes will bring out a lot more than a woman’s soul. A lot of men fail to do this because they are either overwhelmed with the sensations they are feeling or they have some sort of intimacy issue. Looking into her eyes during the process allows for your body as well as your soul to be better connected with hers. It also let’s her know that you are focused solely on her, which is a big trigger for female arousal.

The Fifty Shades of Grey phenomenon became popular for a reason. Many women are extremely turned on by a man who takes control in the bedroom. This does not necessarily mean you have to bring a whip and chains with you, but try playing around with more deliberate, confident moves. Know what position you want to do next and move her where you want. Or, try friskier acts like pulling her hair or securing her arms above her head so that you are in control.

WHAT MEN WANT (By Marvin Vasquez)

Despite the fact that a man is typically the person to begin and engage into a sexual act with a woman, men tend to expect the opposite. If a man ever tells a woman that he wants to be the one initiating sexual activity first, chances are that he’s just saying that so that his partner can receive a challenge. There’s no better way for a woman to turn on a man than to spark the fire. Hug him. Kiss him. Caress him…you know where this is going. We desire more of this. It’s the ultimate aphrodisiac for a woman to start the engine while a man approaches to drive the car.

2. Go Down Without Being Asked

Without being asked to, go down and stay down for a while…a long while; make it count, too. More often than not, men ask women to perform oral sex. We really don’t want it to come down to that. In fact, we want a girl to do this without being asked to do so. It’s captivating, yet entirely fulfilling to witness a woman produce such an act with out the direct solicitation of her partner. Once a woman consistently executes oral sex spontaneously and with no direction, you can rest assure that a man will be pleased for ages to come…well, perhaps a few days since he’ll expect more of it.

Don’t remain silent. And most certainly don’t fake it. Even if he’s not communicative about it, a man loves and enjoys the pleasures of a woman receiving pleasure. Regardless of the type of sexual activity being performed, please show your reaction to the action. There’s no harm whatsoever in showing how much pleasure, if any that is, you’re experiencing at that moment in time. Such results could include lengthy sighs, deep breaths and quiet, mild and/or loud moans, among other physical outcomes illustrating sexual satisfaction.

In everything one does in life, communication is crucial to the success of one’s being and surroundings (work, extra curricular activities, family bonding, friendships, relationships, etc.). Interestingly enough, this is essentially a true thing when it comes to sex. Men want more communication from women. How was it? How did I do? What do you want more/less of? What was your favorite thing of past encounter? Such questions plague guys’ minds all the time. Whether a man is shy or not, he’s always seeking for answers from his partner. In brief, a man wants to make sure his woman is well taken care of in bed – in all facets of sex.

No, you don’t have to dress up as a nurse, cowgirl, cop, bandit or a stripper, but be aware that we do love playful creativity. Do some research in terms of what foods and drinks are exceptional aphrodisiacs and implement them before engaging in your respective activities. And even if they’re not such, there’s no wrong in drinking champagne and wine while eating strawberries and cheese before sex. In fact, how about tequila body shots with lime and salt? Also, let’s not forget the sweets: whipped cream, caramel and fudge. All the above can lead to better results in bed; men want more of it. 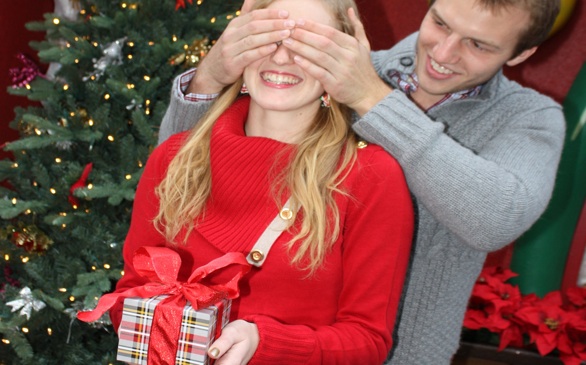 Weekly Double Entendre
Christmas Gifts for Her and Him
7,416 views 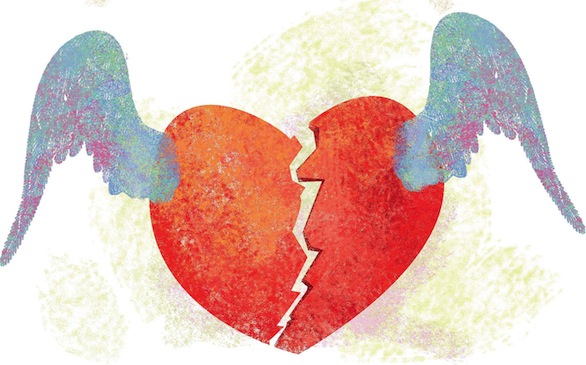 Weekly Double Entendre
How to Move On After A Break Up
3,332 views