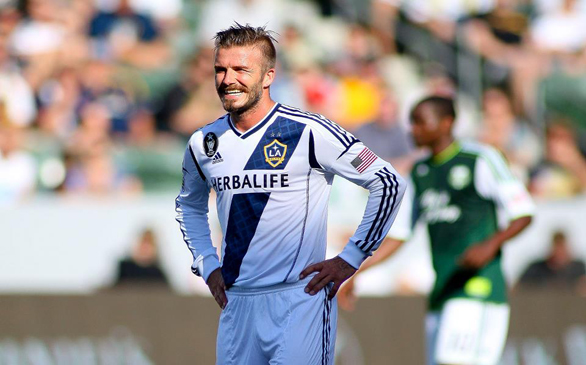 David Beckham will no longer play for L.A. Galaxy after this season.
(Credit: Facebook/David Beckham)

David Beckham has decided to leave the Los Angeles Galaxy, the team announced today on a prepared statement. Beckham's last game will be the upcoming MLS Cup on Saturday, Dec. 1, as the Galaxy host the championship game for the second straight year against the Houston Dynamo.

"I've had an incredibly special time playing for the LA Galaxy, however, I wanted to experience one last challenge before the end of my playing career," Beckham said. "I don't see this as the end of my relationship with the league as my ambition is to be part of the ownership structure in the future."

Beckham added, "In my time here I have seen the popularity of the game grow every year. I've been fortunate to win trophies, but more important to me has been the fantastic reception I've had from fans in L.A. and across the States. Soccer's potential has no limits in this wonderful country and I want to always be part of growing it."