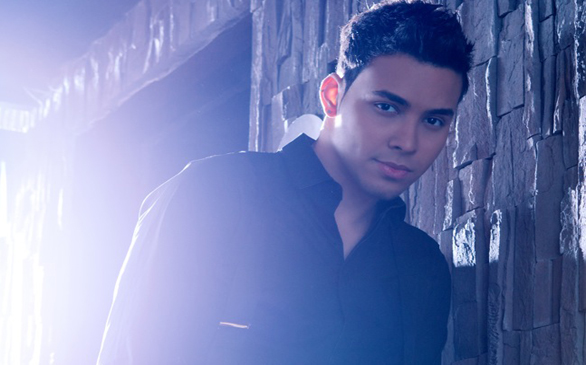 For Prince Royce, nothing has arrived easily. As a kid growing up in Bronx, NY, no one believed in him. In fact, people thought he was out of his mind.

But he proved every single one of them wrong.

“There were so many people growing up that told me I was never going to make it, that I was crazy and that singing was like winning the lottery, or worse,” said Prince Royce, a 23-year-old bachata singing sensation born as Geoffrey Rojas.

“I just never let any of that bring me down. Even though I grew up in a tough neighborhood, with a lot of negative things around me, I always stayed positive. I stayed true to myself, and I think that’s what I still continue to do.”

Indeed, he does. Prince Royce, who has two studio albums, Prince Royce (2010) and Phase II (2012) under his belt, discovered his passion for music as a kid. Often, according to him, he’d sing in the shower – particularly when the mid-teens arose.

“At 13, I would always sing in the shower. It was a hobby, you know? It was just singing,” he said. “I would then later sing at school, I would sing to the girls at school and I especially said I wanted to be a singer when I was 15 years old.”

Prince Royce didn’t hold back on his music beginnings.

Over the years, Prince Royce gained a diverse liking and knowledge of music. “I’m just a fan of music. I think that no matter what language or rhythm it is, I just think music is so powerful,” he acknowledged. He added that he loves R&B, hip hop, salsa, merengue, reggaeton, and pop, among other styles.

Prince Royce’s debut project, Prince Royce, hit the market in a distinctive avenue – led by his cover of Ben E. King’s “Stand By Me,” a track from the 1960s. In it, Prince Royce universally popularized it with a fusion of bachata, pop, and R&B, which was filled with lyrics and vocals in both English and Spanish.

That was followed by yet another fusion, “Corazón Sin Cara,” which actually received even more attention. Prince Royce solely wrote the lyrics of “Corazón Sin Cara,” a track detailing with low self-esteem and vanity of women. The song peaked at number one on the U.S. Billboard Tropical Songs chart. Eventually, it reached number one on the U.S. Billboard Latin Songs chart. More importantly, Billboard named it the best-selling Latin single of 2011.

The Dominican-American signaled his inspiration for writing and singing the tunes he particularly formulates.

“I think it could be many things. It could be something that I remember from growing up, it can be something that happens from my personal life,” he said. “Every time I write a song I try to think how can I make a difference today? How could I put a smile on somebody’s face?”

But, now Prince Royce is living Phase II of his life. The album carries “Las Cosas Pequeñas” and “Incondicional.” Both numbers have escalated to the top of the charts, as well. Phase II contains 13 tracks, and 11 that Prince Royce wrote or co-wrote.

Fluent in both English and Spanish, Prince Royce owns a large fan base on Facebook (over 5.1 million likes) and Twitter (over 800,000 followers). He stays in touch with his fans daily.

As he noted that it’s a blessing and joy to communicate with fans via social media sites, Prince Royce also said that without the fans, there wouldn’t be a Prince Royce.

“You can stay in touch with those people that really are the ones that take you there. Without the fans, without those people buying the records, and going to the shows, there wouldn’t be a Prince Royce,” he confessed. “There wouldn’t be an artist, and I think it’s very important to always take care of that, to make sure that they’re liking the music, and that they’re happy.”

Prince Royce, who loves playing videos games, sky diving from time-to-time, skateboarding, rollerblading and hitting the gym, also enjoys collaborating with other artists outside of his genre.

For fun, Prince Royce takes dancing classes occasionally. In his shows, there is dancing involved. He’s excited about his upcoming Nov. 29 performance at the Nokia Theatre L.A. Live, a venue he’s scheduled to visit for the first time.

“It’s my first time singing at the Nokia Theatre and headlining my own tour, after coming off a successful tour with Enrique Iglesias and Pitbull,” said Prince Royce. “L.A. and California have shown me so much love. The city has so much magic, and I’m just so excited to finally come back, and give the fans and share with the fans a whole two hours of Prince Royce…Every show is different, every show has different crowds, and I think that’s the beauty of a live concert – that you just can’t expect what will happen.”

Not bad for a kid no one believed in. Not bad for a singer who is still doubted back-and-forth by critics. Not bad for a person who’s worked hard to live a dream he always wanted. And, most definitely, not bad for a young celebrity who is now gradually becoming a role model to many globally.

So how does Prince Royce sum up his past, current and ongoing success?