Wander into the Mind of Stanley Kubrick at LACMA 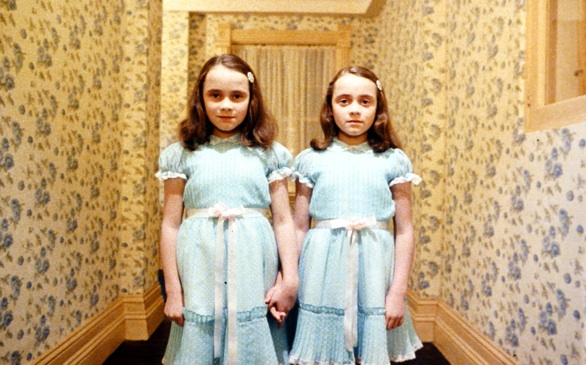 On a perfectly chilly Saturday evening, the Los Angeles County Museum of Art (LACMA) was bustling with guests who eagerly made their way into the lobby of the Kubrick exhibit. As people entered, they sat in a room that projected clips from the acclaimed director’s legacy of films.

The sweeping shots of Spartacus, Danny riding his tricycle through the halls of the Overlook hotel, our favorite Droog Alex being reformed to the music of Beethoven - each clip captivated guests who are drawn to Kubrick’s moving artwork.

Stanley Kubrick, the mastermind with a repertoire of great films such as, The Shining, A Clockwork Orange and Lolita, has visually reached and impacted audiences at an intrinsic level for generations.  This exhibit dissects the man’s process and mind.

Each section displayed a different film starting off with his early documentaries and noir films. One of the first major highlights were the models of the War Room in Dr. Strangelove and the notes he had to tread the fine line of creating a satirical film instead of just a straight farcical picture. One of the scenes that didn’t make it into the movie that still had pictures on display was a cream pie fight in the War Room, which he felt would ultimately not benefit the intention of the story he was trying to tell.

As you continue through the exhibit, you almost feel as if you’re wandering the recesses of Kubrick’s mind.

Each section is distinctly filled with his thoughts and pieces so integral to the productions of his pictures. In one room, you’re greeted by the music of 2001: A Space Odyssey and come face to face with the creepy fetus and costumes from the film. In another room you see the iconic helmet from 1987's Full Metal Jacket on display that reads, “Born to Kill” with a little peace symbol button on the side.

The awe in the rooms is palpable but not as much as in the A Clockwork Orange room, which is hands down my favorite. On display at Clockwork are the set pieces of the women milk dispensers and Alex’s costume from the film posing as if he was dancing along to “Singing in the Rain.”

Kubrick, no stranger to controversy and ironic social commentary, left a collection of newspaper clippings in regards to the spur in violence that Clockwork supposedly inspired in youth. These stories from around the world of copycats are right next to the fake newspaper clippings from the movie that mirrored the violence the media exploited for sensationalism in regards to Alex’s tale of reformation from his “ultra-violence” days.

The other busy room where people could not help but linger for long periods of time was the one dedicated to The Shining. The centerpieces on display, including the typewriter, axes, dresses of the creepy little girls and even Kubrick’s copy of Stephen King’s novel is sure to delight film geeks more than anything could on Christmas.

It’s truly an inspiration to learn from the process of a great film director – don’t miss out on this exhibit.

The Stanley Kubrick exhibit will be at LACMA from now until June 30. For more information on museum details and ticket prices, visit lacma.org or call 323-857-6151.