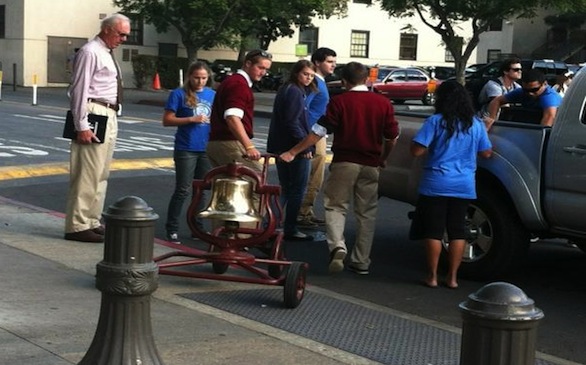 USC has surrendered the Victory Bell after its football defeat to UCLA's program.
(Credit: Courtesy of ATVN Sports)

USC had to hand over the Victory Bell to UCLA, following their 38-28 loss on Saturday. The Victory Bell is awarded each year to the winner of the UCLA USC football game. The Bruins win over the Trojans gives them possession of the Victory Bell until the teams meet again next season.

The Trojan Knights are the keepers of tradition at USC, and for the past six years have guarded the Victory Bell; ringing it at every USC home game.

"Physically I'm alright, but my heart is broken," said senior Trojan Knight Joel Garrison. "It's like my best friend was forced to transfer one semester before we were about to graduate together."