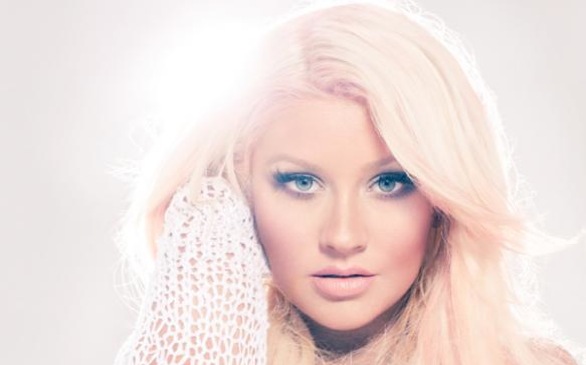 Christina's new album shows the songtress can sing; but the songs are a disappointment.
(Credit: www.christinaaguilera.com/us)

Christina Aguilera can’t get a break. Since releasing her 2010 album, Bionic, the 31-year-old singer has made critics yawn with her Hollywood debut in Burlesque, gotten divorce, gave an embarrassing rendition of the National Anthem at the Super Bowl and dealt with public backlash over her new curvy figure.

It’s no wonder she’s defensive in her fifth studio album, Lotus, a collection of empowering tracks that should prove she’s still a fighter, but instead portray her as bitter and drained. Aguilera is undoubtedly one of the most talented artists in music today, but it seems like the once soaring songstress can’t find her wings.

In Lotus, Aguilera marches with each beat, attempting to show she’s ready for a comeback. ''There's a thousand faces of me,'' she howls in “Army of Me.” ''And we're gonna rise up, For every time you wronged me, Well, you're gonna face an army, army of me.” While she expertly reveals powerful pipes with the finesse of a diva, the forgettable bubblegum pop beat cheapens her voice. It’s like receiving 50-cent taffy when you’re craving for French truffles.

“Make the World Move” features a barely there Cee Lo Green as she insists to “turn down the hate” with sassy-meets-sweet hip-hop, whereas “Your Body” is an irresistibly naughty single on satisfying carnal desires, one only Xtina could master with ease. But just when it seems the songs keep getting better, Aguilera disappoints again.

In “Circle,” she tells everyone to “spin around in circles on my middle, middle finger” against dizzying electro-rock fueled by obnoxious Auto-Tune. “Shut Up” is no different where she demands enemies to “suck my d***” and “kiss my a***.” For someone who claims she’s rising above past pains, Aguilera is still shackled up with nowhere to go.

It’s only in dramatic ballads, like the tearful “Just a Fool” and the piano leading “Blank Page,” where Aguilera easily knocks her enemies out with flawless, hair raising vocals filled with agony and perseverance. Sadly, Aguilera doesn’t seem to realize that the magic behind her talent is when she bares her soul without dumbing it down.

Is Lotus a complete failure? Not if Aguilera can help it. Rather, it shows she can sing. However, there are only so many times one can attempt to do so before audiences stop wanting to listen.