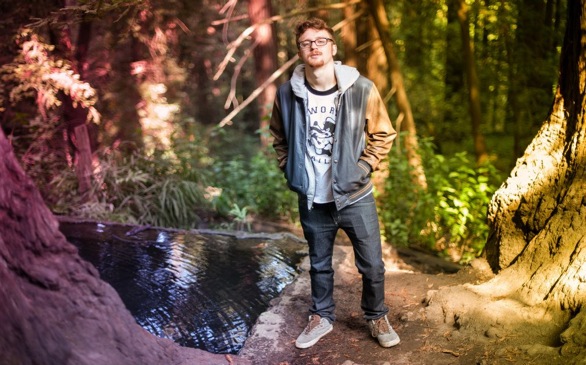 Dubstep artists hoping to make a name for themselves in today’s crowded scene may want to take a page out of Christian Bauhofer’s book.

At the young age of 23, the Santa Cruz-based producer has already generated a buzz among electronic music fans since releasing his first tracks under the “Minnesota” moniker more than two years ago.

Now, his new self-produced EP has the chops to command even more respect from the EDM community.

Bauhofer not only stays true to his hip-hop roots on Altered States, but the Minnesota native also tastefully flirts with glitch and trap step while dropping plenty of bass from start to finish. And at no point does he fall in love with the wobble, often a dividing point for casual EDM listeners.

Much like Bay Area product MiMOSA and other experimental dubstep acts, Bauhofer carefully fuses melodic synth lines with hip-hop beats and samples to offer his own take on the genre.

That sonic formula plays out on the record’s opening tunes “To The Floor” and “Yoga Pants,” as heavy synthesizers sing over a more traditional hip-hop backbeat. Even Bauhofer’s ensuing offering combines some of these same elements, but there’s a distinct Asian flavor — hence, the name “Tokyo” — that helps it stand out from the rest of the pack.

The real gem in the five-track EP, however, has to be “Float.” Featuring the lyrical contributions of Oakland hip-hop duo Zion I, its silky-smooth flow should appeal to more than just the EDM audience.

To close out the album, Bauhofer teams up with local producer G. Jones on “Indian Summer,” another synth-layered head bobber that carries on well past the five-minute mark and defies conventional trap characteristics.

If Bauhofer can keep this up, it certainly won’t be the last time you hear about him.