Harmful If Swallowed and The Chronicles of Losing 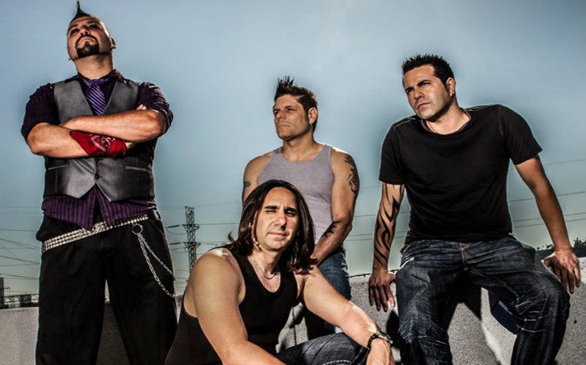 Just like any other music act, Harmful If Swallowed has its own unique beginning.

In the mid 2000s, both Greg Martin and Josh Loren, whom are brothers, placed an ad in the LA Weekly in search of another member; they found Carlos Nieto III. Since then, Harmful If Swallowed has conquered chemistry.

“The chemistry was instant. Ever since Carlos joined our band, you could feel the chemistry in the room, and he picked up on the music incredibly quick,” said Martin. “We’ve tried different angles and different singers, but the 3 of us have remained, and I think we’ll continue on the same.”

Loren went on to indicate that Martin’s writing and singing ability led to the group only seeking a bassist.

“Way back in the day, we put an ad out in LA Weekly to get a bassist, and just a group in which we all had a common interest in,” said Loren. “Greg is a great composer, and also a great singer.  So we put an ad out in the paper, and Carlos responded.”

Martin provides guitar play and lead vocals, while Nieto plays the bass and adds back up vocals; Loren is the drummer.

Over the years, Harmful If Swallowed’s career features playing gigs with KORN, Green Day, Weezer, and Bad Religion, among others.

“I think the most important thing we’ve gotten out of this, is to watch all those guys perform onstage and to see their professionalism – how they gather the crowd,” said Loren. “For us, it’s always been a learning experience. It shows who we are now, because of playing with and watching these guys.

Evidently depicted with the words, the group’s artistic name carries a play with words in its meaning. This is something that all members of the act are proud of, particularly because it’s distinctive within the industry. However, it doesn’t sport a secret message.

“The cool thing about the name is that is can be viewed in different ways,” said Nieto. “Anyone can take away whatever they want from it since it can be political, sexual, punk-rock, several different ways. You can play around with the imagery a lot.”

Based in Los Angeles, Harmful If Swallowed’s music catalogue contains a fusion of punk and rock. According to group’s Facebook page, their most recent project, The Chronicles of Losing, consists of tracks that possess political, mysterious and heavily sentimental elements.

To date, fans can hear featured songs like “Whipped” and “The Chronicles of Losing” on MTV and the World Famous KROQ 106.7 FM in LA.

The Chronicles of Losing is now available on iTunes.

For more information on Harmful If Swallowed, click here.