Showing Who Ke$ha is 'As A Human Being' 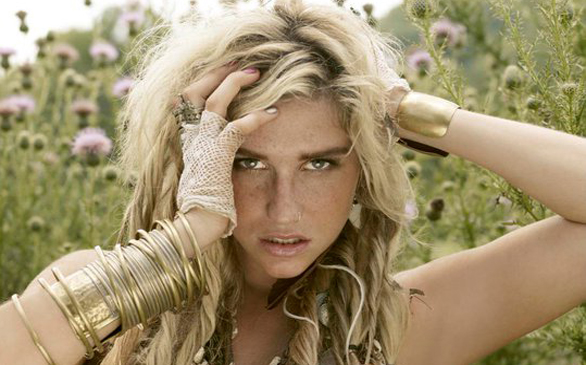 Ke$sha, 25, is a singer-songwriter and rapper from L.A.
(Credit: Facebook/Kesha)

In the three years she's spent as an A-list pop star, Kesha has done little to cultivate a reputation for timidity.

"Before I leave / Brush my teeth with a bottle of Jack," she famously bragged about an evening out in "Tik Tok," the 2009 single that's sold more than 6 million copies. "'Cause when I leave for the night / I ain't coming back."

Other instructively titled songs from her debut album "Animal" - a No. 1 hit on the Billboard 200 - include "Hungover," "Take It Off" and "Party at a Rich Dude's House," each a vividly imagined (if oft-disparaged) exhortation to live it up set over throbbing electro-pop beats.

Leaning back in a low-slung chair, a floppy black hat shading her eyes, Kesha said recently that her new record "Warrior" - with its potent mix of rock signifiers and overt sexuality - is an attempt to expand the party-hearty persona she created with "Animal."

"I'm trying to show the world who I am as a human being," she explained. "I think I've realized that you don't just have to be one thing - you can be sexy and cool and funny and down-to-earth."

Still, Kesha, 25, acknowledged that her semi-legendary gumption had been tested while shooting a scene from the video for her latest single, "Die Young," in which she writhes around on a bed wearing not much more than an animal pelt.

"I had on my bra and underwear," she clarified at a North Hollywood rehearsal studio. The L.A. native, born Kesha Sebert to a country songwriter mother, was preparing for a performance at the American Music Awards, a task that may (or may not) have explained why she appeared to be dressed as a kind of antebellum pimp.

"But I'm uncomfortable in my bra and underwear around one person, let alone however many million have seen the video."

So why strip down? Kesha said she wanted to showcase "imperfect" beauty - "I'm not a size 0," she pointed out - in "a world that's been airbrushed to death."

It's the same approach the singer takes on "Warrior," due out Tuesday. Rawer and randier than "Animal" (or its 2010 follow-up EP, "Cannibal"), "Warrior" extends Kesha's brand of post-millennial recklessness but incorporates sounds inspired by old-school rock acts such as Alice Cooper, Marc Bolan of T. Rex and Iggy Pop, who turns up for a duet in the hard-stomping "Dirty Love."

"Looking for some trouble tonight / Take my hand, I'll show you the wild side," Kesha sings in "Die Young," which thrums with electric guitar (or at least a credibly synthesized version of one) and was co-written by Nate Ruess of the band fun.

Elsewhere on the album the singer complements her usual crew of songwriters and producers - all overseen by Dr. Luke, the Top 40 titan behind hits by Britney Spears and Katy Perry - with additional visitors from the rock world, including Flaming Lips frontman Wayne Coyne and Julian Casablancas of the Strokes.

In "Wonderland" she even slows the tempo for a rootsy, organ-glazed ballad with live drums by the Black Keys' Patrick Carney. Dr. Luke remembered recording Kesha's vocals for the song in a studio lounge. "We were like, 'OK, let's go do this properly now,'" he said. "But we ended up keeping it the way she sang it that first time through."

"The thing I really like about her is that she doesn't have any judgment or limits as to what she'll try," said Coyne, who recalled a long night spent hanging out at Kesha's house listening to Side 1 of Led Zeppelin's "Physical Graffiti." "She just goes for it."

So far listeners seem to share Coyne's enthusiasm: This week "Die Young" is at No. 2 on the Hot 100, and the song's video has been viewed nearly 15 million times on YouTube. (An alternate version from a so-called acoustic EP available with some editions of "Warrior" has racked up an extra 332,000 views.)

Yet if the album repositions the singer to some degree, it does so without repudiating her established sensibility. "She wasn't going anti-pop," as Coyne said.

"A lot of people think 'pop' is a dirty word, but I love living on pop radio - that's where my heart is," Kesha said. "I never set out to make a record that would be played on rock radio. I wanted to make a pop record that had (nerve)."

Even so, Kesha said she envies rock stars of an earlier, less media-saturated era: those "elusive creatures," as she described them, who embodied flamboyant characters onstage but "did who knows what when they didn't want to be seen."

The private life she enjoyed pre-"Tik Tok" - back when she "was running around (L.A.'s) Echo Park broke with no car, and the only thing I had to do all day was get drunk" - no longer exists in a world where "people follow me around with cameras waiting for my ... to fall out."

"She's definitely in a different space," said Dr. Luke, who also worked on "Animal." "But I think she still feels like a misfit. Just because you're famous doesn't mean you don't identify that way."

Indeed, now that she's penetrated the big time, Kesha is determined to scrape away some of the polish.

"That's why I put out a book," she said, referring to "My Crazy Beautiful Life," a just-released hardcover volume full of "baby pictures and photos of me looking terrible, waiting tables, being wasted at 9 in the morning in Las Vegas," as she put it.

"(The attention) isn't just when you want it - it's all the time," Kesha said. "But I'm a person who hopefully inspires people to be themselves. So if I'm going to say that, I need to live by those words."