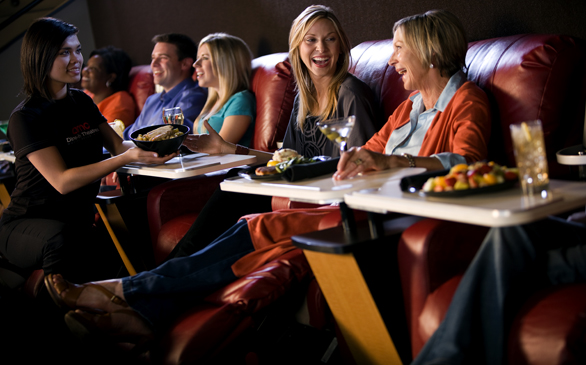 Ryan Noonan, spokesperson for AMC, indicated that the cost for remodeling the theater appeared to be in the seven-figure range – sparking an immediate positive reaction to their efforts in providing top notch entertainment to not only the West Los Angeles audience, but also the greater L.A. area.

Service to customers is expected to be one of the priorities and predominant focal points, as well as the entertainment experience, for AMC.

To make this a possibility, AMC reduced its cinema seats by 50-70 percent to accommodate its new theatre assets.

The AMC Marina 6 is the first of its kind in all of California, offering a dine-in experience as well as cinema suites. In the location, six different cinema suites feature an upscale atmosphere, including individual luxury power recliners and reserved seating with service at the push of a button.

Additionally, the location sports a full-service bar and lounge called MacGuffins, which has been named after a term coined by famed filmmaker Alfred Hitchcock. It’s considered a perfect place for hanging out with friends before and/or after watching a movie.

Both cinema suites and MacGuffins attendees must be at least 21 years of age.

AMC Marina 6 is the 11th overall dine-in location within the U.S. It is also the third to open this year.