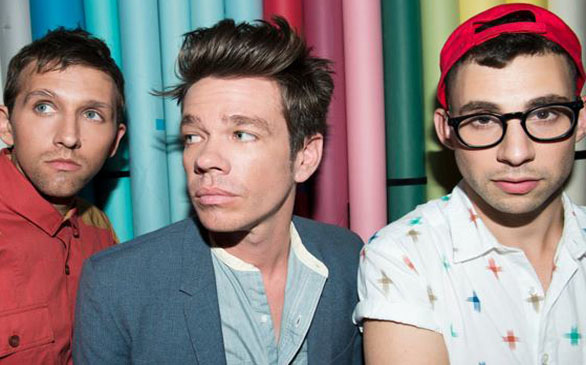 The music act Fun. is up for the big awards at the 55th Annual Grammys.
(Credit: Lindsey Byrnes (via Facebook/Fun.))

The Black Keys' Dan Auerbach, Fun., Jay-Z, Mumford & Sons, Frank Ocean and Kanye West lead the 55th GRAMMY Awards field with six nominations each. The 2013 Grammy Awards will take place Feb. 10 at the Staples Center in Los Angeles. The show will be broadcast exclusively by CBS.

"The GRAMMY Awards process once again has produced a diverse and impressive list of nominations across multiple genres," said Neil Portnow, president/CEO of The Recording Academy, on a prepared statement.

"This year's nominees truly represent an exceptional and vibrant creative community that exemplifies some of the highest levels of artistry and excellence in their respective fields. Combined with the fifth year of our primetime nominations special, we're off to an exciting start on the road to music's biggest night, the 55th Annual GRAMMY Awards, on February 10."