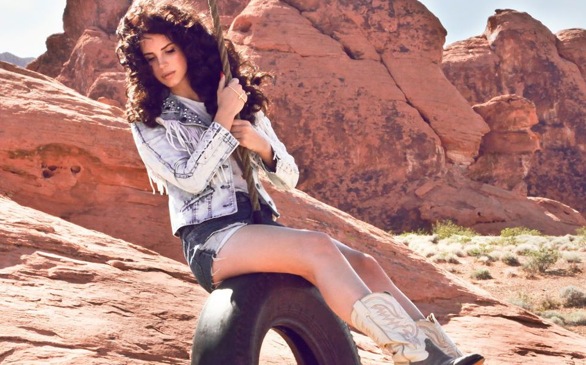 While pop princesses like Lady Gaga and Nicki Minaj attempt to woo audiences by transporting them into the future with alien-esque couture and starships, music’s Lolita prefers to seduce with the past.

Despite her nostalgic, lush singles made ideal for a classic noir film as seen in her major debut earlier this year, Born to Die, Del Rey has since faced controversy for her more timid live performances, raising questions on whether this siren in distress is in dire need of talent. Fortunately, she proves harsh critics wrong with Paradise, a continuation of her first album that will continue to take your breath away.

“My p**** takes like Pepsi Cola,” Del Rey drawls in “Cola,” a surprisingly true-to-life tale involving a rendezvous led by a tragic vibe. But while the rest of the single seems to drag like a poisonous romance that just won’t die, she does make up for it.

“Blue Velvet,” led by a grand orchestra of delicate violins, faraway drumming and dramatic vocals soaked in sadness, mesmerizes more than her towering beehive. Yes, it’s a remake of a ‘50s prom ballad, but decades later its revamped sound was made just for her. We’ll never know what happens to the mysterious siren decked in the jewel-hued gown, but by the end, you’ll be aching for more.

“Ride” is cinematic, emphasizing the idea of riding off into the sunset. “Singing blues has been getting old,” croons the songstress, continuing her blissful, yet doomed path. As a woman who sings of Elvis being her daddy and Marilyn her mother, we expect her to visit her usual heartbreak hotel haunt. The track is smoky and sultry - the usual Del Rey formula.

Truthfully, Paradise has nothing new to offer. Like Born to Die, the album is hypnotic, full of woe, yet deliciously vintage in Del Rey’s own way. She may still need practice on commanding an audience, but Del Rey continues to do one thing successfully: getting everyone to listen.