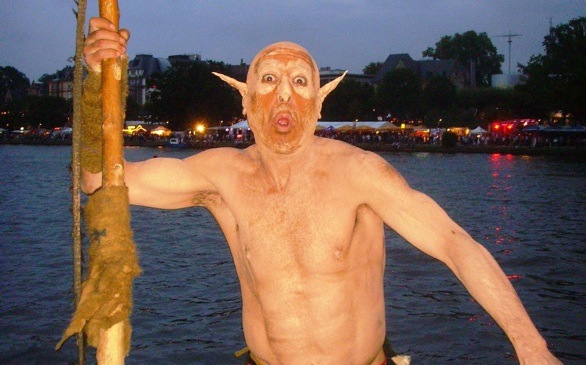 You know the stories of Hansel & Gretel, Rumpelstiltskin and Rapunzel – undoubtedly, you heard Americanized versions of these German fairy tales as a child.

These tales are but a few of those collected from German folklore by the Brothers Grimm, many of which are considered too frightening to be told to young children. The American hit television show "Grimm" exemplifies that notion by taking liberties with the body of work collectively known as Grimms’ Fairy Tales and vividly bringing to life scary Grimm characters like the hexenbiest (witch with rotting flesh) and blutbaden (wolf-like creatures whose name translates to mean bloodbath.) But a visit to the Frankfurt Rhine-Main region in the heart of Germany, where many of these stories originated, is nothing short of a pleasure.

Frankfurt is the economic heart of Germany (and all of Europe), and it’s because of this status that Frankfurt is easily reached by air; many flights from the States and elsewhere land in this bustling hub city so that passengers can do business and then catch flights to points beyond. That makes it really convenient for travelers to enjoy a layover in a place that is both cosmopolitan and steeped in tradition.

Many of the city’s attractions are found along the banks of the Main River where the Stadel Museum is a popular experience. The museum’s massive Old Masters collection is represented by at least one piece from virtually every painter from this era. From Rembrandt to Rubens to Vermeer, the modern art gallery is even home to works by the likes of Picasso and Monet. There’s also a large gallery featuring contemporary art.

Nearby is the Schirn Kunsthalle, another art museum where visiting exhibitions feature showings by contemporary artists such as the whimsical works of Jeff Koons. There’s a “technical” museum too. At the Explora Science Center, you’ll find 3D artworks and lots of other innovative (and wacky) installations.

Strolling along the riverfront between the museums and shops, you’ll notice that just about every restaurant has a sign out advertising apfelwein; this is apple wine, a German hard cider, and drinking it is a tradition in the Frankfurt Rhine-Main region. Apples are grown throughout the area and the light, crisp beverage is a lunch and dinnertime favorite. The drink is low in alcohol content (non-alcoholic apple cider is also popular) and goes down so easily that it’s usually ordered by the bembel, a kind of nicely decorated ceramic pitcher that’s indigenous to this part of Germany.

Just outside of Frankfurt in Hanau is the beginning of the Fairy Tale Road, a route that winds its way through places significant to the story of the Brothers Grimm. Most impressively, about 90 miles from Frankfurt in Kassel, is the Brothers Grimm Museum. Here, you can learn about the lives of Jacob and Wilhelm Grimm and the years they spent in Kassel. You can see a vast collection of memorabilia relating to the tales they collected, including lots of original drawings inspired by the folklore. Grimms’ Fairy Tales were translated from their original German into about 160 other languages and the museum also houses volumes of these books.

This month marks the 200th anniversary of the publication of the first edition of Grimms’ Fairy Tales, and there will be appropriate celebrations and special events held at the museum running into 2013. You just might run into Little Red Riding Hood. If you do, offer to take her out for a glass of apfelwein.

To plan your visit: frankfurt-rhein-main.de