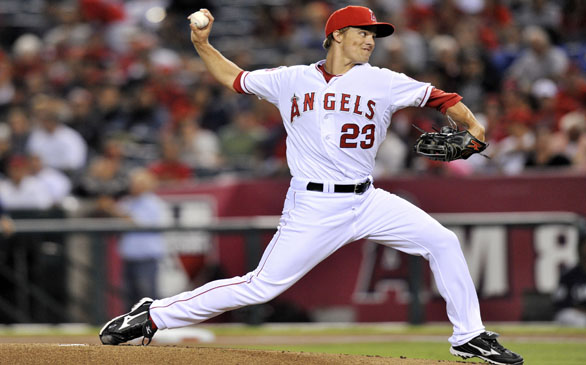 Zack Greinke is expected to be the Dodgers' No. 2 starting pitcher.
(Credit: Rose Palmisano/Orange County Register/MCT)

"We are excited to welcome Hyun-Jin Ryu to Los Angeles and the United States, continuing the tradition of Korean pitchers with the Dodger organization," said general manager Ned Colletti in a prepared statement released by the organization. "The Dodgers continue to show the commitment to signing players from Asia and other international areas where baseball is played at the highest levels. We are looking forward to watching Ryu pitch for the franchise."

Ryu's deal is worth $36 million over six years, but he could earn up to $42 million due to bonuses in innings pitched.

Greinke, on the other hand, is expected to sign with the Dodgers for $147 million over six years. Greinke's contract is an MLB record for a right hander; he currently has the highest per annual salary by any pitcher in the league.