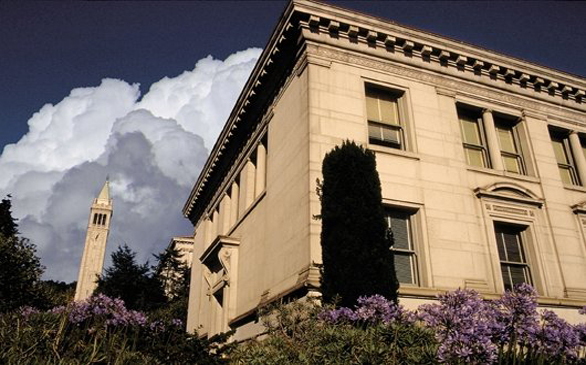 The University of California at Berkeley announced a $1 million grant Tuesday to boost financial aid for undocumented students, which is thought to be the largest gift of its kind in the nation.

The donation from the Evelyn and Walter Haas Jr. Fund will supplement state aid for undocumented students that is scheduled to roll out over the next two semesters in a policy change authorized by the California Dream Act. Undocumented students will be eligible for state aid but not for federal grants or loans, and the donation - along with other private funds - will help fill in the gaps, officials said.

Starting next fall, the donation is expected to aid about 100 students a year with annual grants of $4,000 to $6,000 until the funds run out, officials said.

UC-Berkeley Chancellor Robert J. Birgeneau said Tuesday that the Haas Fund gift grew out of a dinner he hosted last year to which he invited some undocumented students and some past UC donors, including Haas family members. The students talked about their immigration history and how they came to enroll at UC, deeply impressing the guests, he recalled.

"The individual stories of these students are so compelling," he said. "They are heroic. They encounter . . . challenges that very few of our students have to deal with." The Haas Fund later made the donation without a direct solicitation, he said.

Birgeneau said one of the biggest challenges for undocumented college students is that they cannot legally work to earn extra money for living expenses or books, even if they receive significant aid for tuition.

An estimated 200 undocumented undergraduates attend UC-Berkeley, and as many as 5,000 attend other California colleges. California is one of a dozen states allowing illegal immigrants to pay in-state tuition.

An earlier $300,000 gift from Elise Haas, granddaughter of the fund's founders, provides support services, such as academic and legal advice, a textbook lending library and mental health resources, for undocumented students at UC-Berkeley.

Uriel Rivera, an undocumented student whose family emigrated from Mexico when he was 15, plans to return to UC-Berkeley next semester after taking time off because he couldn't make ends meet. He saved money working at his family's convenience store in Los Angeles.

The new state aid, and the possibility of the Haas money, will be a great relief, he said. "I'm no longer going to be worried in school about what I'm going to eat, how I'm going to afford a place to live next semester, owing fines because I can't pay for tuition," said Rivera, 23, an ethnic studies and public policy major.