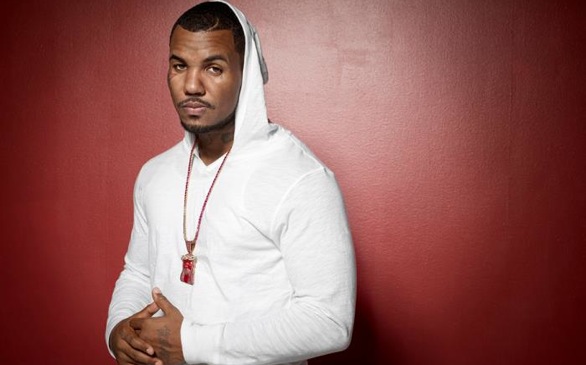 The Game is back with his fifth studio album.
(Credit: Facebook.com/thegame)

THE GAME DROPS JESUS PIECE
Interscope Records has released the fifth album from Compton’s The Game, called Jesus Piece. “The Jesus Piece album concept came together while I was recording a song that eventually became the title track,” said The Game. “It was this song that inspired me to create a series of recordings themed around experiences and feelings that I hope everyone can relate to on some level. I have an amazing collection of artists helping me deliver the ‘good word’ and I hope fans will receive Jesus Piece as one of their favorite hip-hop albums of the year.” Chris Brown, Tyga, Wiz Khalifa and Lil Wayne guest on first single “Celebration.”

SACRED BONES PARTY AT PIONEERTOWN
If you feel like a road trip out to Joshua Tree land to hear some music this holiday season, then the Sacred Bones Records fifth anniversary show at Pioneertown is for you. To be held at Pappy & Harriet’s on Dec. 21, the show will feature performances from Zola Jesus, Wymond Miles, Psychic Ills, Pop. 1280, Lust for Youth, Cult of Youth and some as-yet-to-be-named special guests. Pioneertown is a vintage Old West movie set located just outside Yucca Valley, about 20 miles north of Palm Springs. Tickets are available at www.sacredbonesrecords.com

CROWN PLAZA DEBUTS WITH CHEM WAVES VOLUME 1
After ending his relationship with his sweetheart of six years, Nima Kazerouni left his cozy apartment in the middle of L.A. to take an unusual residence at his father’s back office in the heart of Los Angeles International Airport. Nima was free to make music as he pleased, but the bright lights of the looming Crowne Plaza hotel along with the buzzing noises of airplanes, shuttles and passers-by were 24-hour reminders of his restlessness. The experience caused Kazerouni to name his new band Crown Plaza and issue an eight-song E.P. called Chem Waves Volume 1, available now on cassette via label Vanity Project.

STRUMMER’S MESCALEROS WORK REISSUED
It’s been a decade now since the passing of punk legend Joe Strummer, and Hellcat Records has marked the sad anniversary by reissuing the three albums Strummer put out with the Mescaleros, the band he fronted after the demise of his previous outfit, the Clash. Fans can add quite a few previously unreleased tracks and hard to find B-sides by picking up the reissues. Rock Art and the X-Ray Style is now appended with three bonus cuts, including a live take on “The X-Ray Style” and a dub version of “Yalla Yalla.” Global A Go-Go includes a live version of “Bhindi Bhagee,” and the final Mescaleros release Streetcore now contains seven bonus live cuts, including songs Strummer originally cut with the Clash like “Pressure Drop” and “Armagideon Time.” All three titles are also available on vinyl.

FREE SAMPLER FROM AUTONOMOUS MUSIC
Autonomous Music has released a 19-song sampler featuring artists like Marley Carroll, Emancipator, the Great Mundane, Phutureprimitive and Natasha Kmeto that you can download for free. Other acts that record for the electronic music label that represent on Array Vol. 2 include Yppah, DJ Vadim, Paper Tiger, Mochipet, the Polish Ambassador, Little People, Cry Wolf, Anomie Belle and Etheric Double. Grab you copy at http://autonomousmusic.bandcamp.com/album/array-vol-2