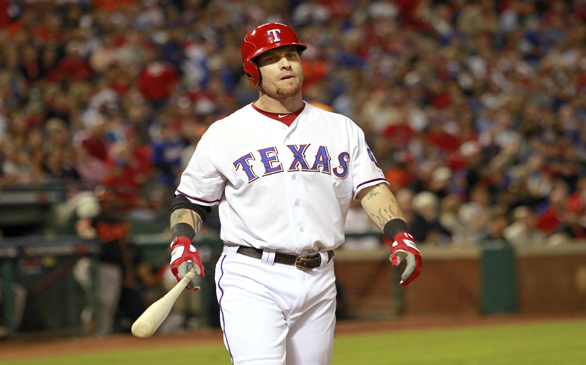 Josh Hamilton is on the verge of signing with the Angels.
(Credit: Ron Jenkins/Fort Worth Star-Telegram/MCT)

Outfielder Josh Hamilton is on the verge of signing with the Anaheim Angels, according to multiple reports. The deal is worth $125 million over the span of five years. Hamilton, who became a free agent after declining the Texas Rangers' qualifying offer, hit 43 home runs and drove in 128 RBI last season. He also collected a .285 batting average.

The Los Angeles Dodgers made big moves this off-season after signing Zack Greinke and Hyun-Jin Ryu, but once Hamilton's deal is finalized, it will also be considered a big move for the Angels franchise. Both teams are now considered extreme rivals.