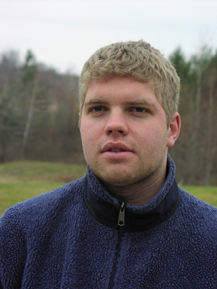 Is hype believable? For most it isn’t, especially when it comes to the electronic music scene. Producers are a dime a dozen. DJ’s almost outnumber guitarists. And for some strange reason, hype is created where it isn’t deserved. Well, for a while now a small, albeit justified, amount of buzz has been aflutter surrounding the soulful acoustic house grooves manufactured by DJ/producer Morgan Page. Having just released his first full-length remix album on Nov. 1, Page smells honey.

Although he only moved to Los Angeles a little over two and a half years ago, Page has already crafted a name for himself and is no stranger to the scene. He started making beats at the young age of 14 and has since produced tracks for John Digweed’s infamous Bedrock Records and Satoshi Tomie’s Saw Recordings. Warner Brothers and Interscope have even brought Page aboard for some remixing goodness. And, local radio station KCRW just can’t get enough of him – showcasing his tracks on Morning Becomes Eclectic, Metropolis and Nocturna.

Cease and Desist, Page’s new album, is available on CD and electronically on various peer to peer sites, with imbedded artwork included. It will also be available on vinyl in the near future. The roster of remixes hits all sides of the musical spectrum, ranging from Coldplay to David Bowie all the way over to Tegan and Sara, and Antone Dvorak. It also includes some of the older standards, one of them being the track that put him on the map: His remix of Wax Poetic’s "Angels" featuring Norah Jones, a production that was done in his college dorm room.

When asked the reason behind putting together a full-length remix album opposed to a disc of his original compositions, Page proclaims, "I wanted to do a concept album. I wanted to take something I can strip down and cut and piece into something completely different, using no accapellas, just the raw tracks." This is extremely apparent in his mix of the Imogen Heap track, "Hide and Seek." The track almost accapella itself was cut down into tiny pieces as if Wonka Vision got a hold of it. The outcome is nothing short of stellar. Page remarks, "Once I started writing and remixing the tracks, they just gelled." And the longevity of this disc is proof that his music is electrifying enough to make your hair stand on end.<> Though Page is categorized as an electronic artist, his use of instruments and style of production is almost unorthodox for the genre and warms the soul with its rich pulsating vibe. The beauty of Page’s music is the mere fact that you don’t necessarily have to be a clubbing house music loving individual to enjoy it, separating him from the sea of artists attempting to accomplish the same.

"I love my Washburn acoustic bass and my Washburn acoustic guitar for that matter," says Page – something most electronic producers find foreign and simply wouldn’t consider incorporating into their music. Page isn’t afraid to take that risk and stand out among the rest. His tracks have mostly been conceived in his home studio nestled in the hills of Silverlake, the inspiration behind most of his music.