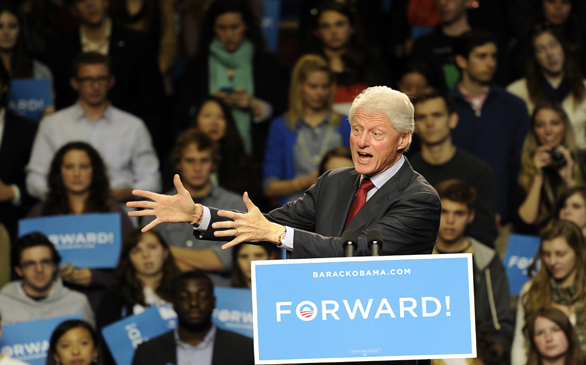 Martin Scorsese has found his next film subject: Bill Clinton.

The Oscar winner will produce and direct a documentary on the the former president for HBO, the network announced Monday.

The documentary will explore the 42nd president's time perspective on history, politics and the like during his time in office and the years since - with Clinton offering his full cooperation.

"President Clinton is one of the most compelling figures of our time, whose world view and perspective, combined with his uncommon intelligence, make him a singular voice on the world stage. This documentary, under Marty's gifted direction, creates a unique opportunity for the President to reflect on myriad issues that have consumed his attention and passion throughout both his Presidency and post-Presidency," said HBO Chief Executive Richard Plepler and programming President Michael Lombardo in a joint statement.

Businessman, filmmaker and Democratic supporter Steve Bing will serve as a producer.

The documentary continues the director's relationship with the premium channel. Scorsese's previous collaborations with the network include "Public Speaking" and most recently, "George Harrison: Living in the Material World," which won an Emmy. He also serves as executive producer of "Boardwalk Empire."

The longtime filmmaker, behind cinematic spreads such as "Goodfellas" and "The Departed," offered his own statement regarding Clinton as a subject:

"A towering figure who remains a major voice in world issues, President Clinton continues to shape the political dialogue both here and around the world. Through intimate conversations, I hope to provide greater insight into this transcendent figure."

Earlier this year, the network rolled out "41," a documentary that centered on George H.W. Bush.

HBO did not announce an air date for the documentary.

Special Features
Digital theater is all the rage, but could it destroy the live stage?
198 views

Special Features
Intimate portraits piece together the puzzle of Natalie Wood, the person and mother
334 views

Special Features
Oscars 2020: Who will win and who should win
857 views