By Angela Matano and Mike Sebastian 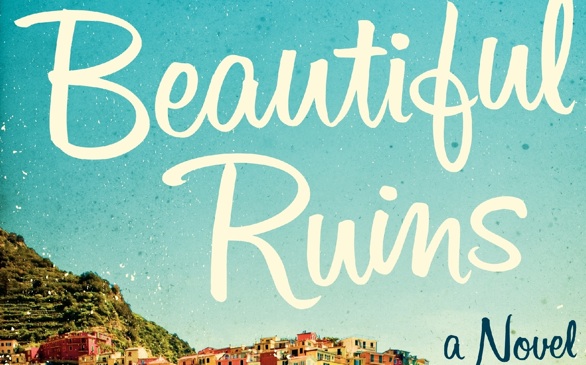 Beautiful Ruins is a great gift for any fiction lover.
(Credit: Courtesy of Harper Collins)

DARK & TWISTED
Those a little old for Twilight will appreciate Laini Taylor’s Days of Blood & Starlight. This coming-of-age saga focuses on hope and vengeance in a world of mystical chimaera and seraphim.

Devotees of the cult of House of Leaves will rejoice in the re-release of experimental author Mark Z. Danielewski's long-unavailable The Fifty Year Sword, a disquieting fable that is part prose poem, part abstract art piece. This is a tale of a mysterious storyteller and his quest for the ultimate weapon.
--Mike Sebastian

DADS
Old school goes cool in James Wolcott’s memoir of New York in the ‘70s. Lucking Out captures this cultural critic’s transformation from “fresh off the boat” to successful writer.

PROUD NERDS
The return of Peter Jackson and The Lord of the Rings Universe calls for a celebration. The Art of the Hobbit, with illustrations by the great J.R.R. Tolkien, lets you revel in style.

BOYFRIEND
If your man likes cinema, Stephen Rebello’s classic Alfred Hitchcock and the Making of Psycho will not disappoint. This well-told story is fascinating.

MEMOIR ENTHUSIASTS
Molly McCloskey’s Circles Around the Sun examines the effect of her brother’s mental illness on the family. Her examination into memory versus reality is original, yet universal.

ART LOVERS
A Turner-Prize-winning artist gets his due with Phaidon’s luscious Simon Starling by Dieter Roelstraete, Francesco Manacorda and Janet Harbord. Bursting with beautiful photos, insights and a personal interview, this comprehensive look into a European treasure does not disappoint.

ARCHITECTURE CONNOISSEURS
Almost unbearably lovely, 20th Century World Architecture: The Phaidon Atlas, will shock and amaze in its sheer size (1 foot by 1 1/2 feet) and comprehensiveness. Featuring 750 structures over a hundred years, this tome proves that bigger is better.

FICTION REVELERS
When Richard Russo declares something a masterpiece, it’s time to take notice. Jess Walter’s Beautiful Ruins is all that, brimming with romance, scope, travel, celebrity and nifty character studies. A triumph.

MUSIC AFICIONADOS
Practically eligible for landmark status, Neil Young epitomizes the spirit of the ‘60s. His memoir, Waging Heavy Peace: A Hippie Dream is personal, political and insightful without being sentimental in the least.

Perhaps more than any other musical genre, punk has always been as much about the aesthetics as the songs. The Art of Punk captures the brief but explosive history of music’s misfits through a scrapbook of album covers, posters, zines, gig flyers and more.

A must-have for any jazz fan, Miles Davis: The Complete Illustrated History tells the life story of the man who is arguably the 20th century’s most innovative musician. This beautiful volume is chock-full of intimate photos of the trumpet legend and features an all-star ensemble of writers.

HISTORY BUFFS
Sonia Taitz’s The Watchmaker’s Daughter recasts the tale through the eyes of the child of Holocaust survivors, submersing you in her heartrending experience.

NOSTALGISTS
Some long for the simpler times of 19th century farms or ‘50s suburbia, others for the freewheelin’ ‘60s. Jonathan Kirshner’s Hollywood’s Last Golden Age dives into ‘70s film culture with all the lust of a true believer.

COMIC GEEKS
Acclaimed graphic novelist Charles Burns returns with the second installment in what is shaping up to be his magnum opus. The Hive continues the surreal journey through protagonist Doug's subconscious, moving across multiple timelines to piece together Doug's tragic past.
--Mike Sebastian

One of the graphic medium’s most original creators, Chris Ware outdoes himself with his latest. Building Stories is a multifaceted Escher drawing of a graphic novel made up of 14 separate but interconnected parts. This collection of stories adds up to a complex portrait of the lonely souls inhabiting a Chicago apartment building.
--Mike Sebastian

MYSTERY LOVERS
Cornell Woolrich remains one of the towering figures in the mystery genre. One of his best works, Night Has a Thousand Eyes, is a detective story with a paranormal twist. It follows a cop who sets out to save a wealthy man and his daughter from what appears to be an elaborate scam involving a clairvoyant man who has foretold the rich man’s death.
--Mike Sebastian