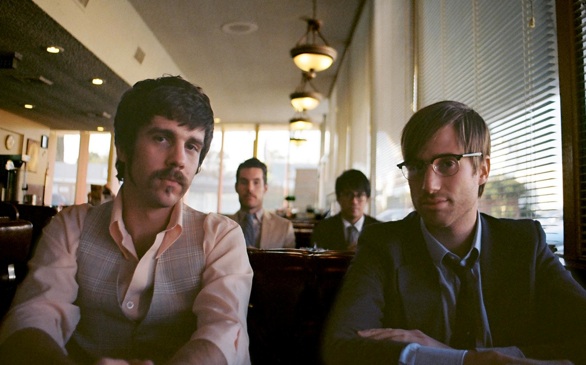 BEYOND THE LIMIT” REMIX CONTEST
Pharmacy Music is having a remix contest to celebrate the ongoing popularity of the 2008 John OO Fleming & Christopher Lawrence single “Beyond the Limit,” the very first single the label ever released. If you think you can give the tune a fresh sound with your remix, download the remix at: http://christopherlawrence.com/temp/beyond_the_limit_remix_pack.zip

Then work your magic and send a download link to contact@pharmacymusic.com by Jan. 31. Your remix should be in MP3 format at 320 kbps, and your name should be included in the title of the track. If your remix wins, it’ll be released on the Pharmacy Music label with its own unique cover art. You’ll also be placed on Pharmacy’s promo list for the year. Pharmacy is an underground label fond of hard trance, techno, progressive house, psy trance and down tempo, so remixers are encouraged to “get in touch with their dark side.”

SAINT MOTEL’S “BENNY GOODMAN”
L.A.-based indie rockers Saint Motel shot a video for the song “Benny Goodman,” a cut from its debut album Voyeur. The video features 7-year-old dance sensation Miles “Baby Boogaloo” Brown, who has appeared in countless commercials and videos for Chris Brown, Aloe Blacc and Stereotypes. “The concept for the video is inspired, like the song itself, by the late Benny Goodman’s struggle for success,” said Saint Motel’s AJ Jackson. “As Benny learned at the Palomar Ballroom in 1935, when no one else believes in you, when you can’t go on, when the end is near…don’t give up because that just might be your time to shine.” Fans can download the song for free at Soundcloud.

BLAAK HEAT SHUJAA
Los Angeles heavy psych rockers Blaak Heat Shujaa have just released The Storm Generation, a six-song EP; its full LP drops in March. “We spent all summer in our L.A. studio working on the new record,” said BHS singer Thomas Bellier. “The creative vibe was unbelievable, and the music just kept flowing until we had more than we needed for a full-length record.” The extra cuts, featuring hints of surf rock, massive basses, psych solos and shades of metal, are available now from Tee Pee Records.