Rockie Fresh's Attitude Says It All 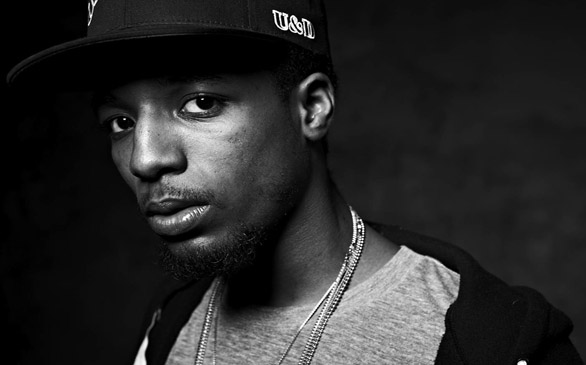 Rockie Fresh, 21, is a hip-hop sensation on the rise.
(Credit: Provided by Big Hassle Media)

Born Donald Pullen in Chicago, rapper Rockie Fresh has taken his natural rapping gift and made it a music career while fusing alternative rock and hip-hop. The 21-year-old sensation received his now artistic name from his friends when he engaged in freestyle rap battles in high school.

A fan of fashion, Rockie Fresh launched his limited Electric Highway clothing line, where he is collaborating with different stores across the country for limited drops with each new piece of music from the project, in mid-November.  The first offering from this line is from Kanye West manager Don C's Chicago based RSVP Gallery and is a limited Electric Highway x RSVP Gallery T-shirt.

Campus Circle had the privilege of conducting an interview with Rockie Fresh, who touched on various topics, including his mixtape Driving 88, Rick Ross, social media and more.

Campus Circle: Tell us about your musical influences growing up as kid.

Rockie Fresh: Growing up, I listened to a lot of Kanye West, of Jay-Z, Lupe Fiasco, as well as John Mayer – pretty much whatever was on the radio and other Chicago artists.

CC: Discuss the process of your latest mixtape, Driving 88, how long it took you to make it and the selection of songs.

RF: It took me a whole year to work on that project. It was just me doing a lot of traveling and working with producers, trying to find individuals to help me deliver the sound that I wanted. It was very tough getting that done with the resources and the time that I had, so I took a little bit longer. The new project I’m working on now is actually coming along a lot quicker, just due to the fact that I have more resources and the ability to record more.

CC: How is your relationship with Rick Ross?

RF: It’s like a big brother, little brother relationship. I have a lot of respect for him, but he has a lot of respect for me as well. He definitely sees my vision and trusts the moves I’m making and the types of songs that I’m trying to make, and it’s a very supporting thing.  He just gives me a lot of big brother advice, and he is always my example. He had me around when he was doing his promo tour, and I saw the way he interacted with different radio personalities and different fans. It just taught me a lot going into my first tour. That’s definitely my big bro. We talk a lot.

CC: Technology keeps changing every day, and artists have taken to social media to interact with fans and engage with them via Twitter, Facebook and other social networks. What’s your personal take on social media?

RF: I feel it’s a good means of promotion. Rick Ross found out about me via Twitter, so I can’t really knock it, you know what I’m saying? At the same time, I feel it shouldn’t be something that’s taking too seriously. I feel like a lot of people abuse would-be social networks. It’s one of those things that should be used in moderation – just a way to get in touch with fans.

CC: What do you do with your free time?

CC: You’re 21 years old with a lot of talent. Did you ever think of pursuing a different profession, or was it always just music?

RF: I’m having fun with everything to the point where I wouldn’t mind acting or things like that. The music came to me naturally, but it was also something that took a lot of work. And I still got a lot of work to do, so I really want to focus on that. But it’s also showed me that a lot more things are possible when you work hard. So yeah, I’m definitely going to try to get into some different things.

CC: What are your thoughts on L.A.?  Do you like coming here?

RF: I’ve performed in L.A. about three to four times, and I really like it out there. It’s honestly one of my favorite places.