The Bourne Legacy, Les Misérables and "The Simpsons" 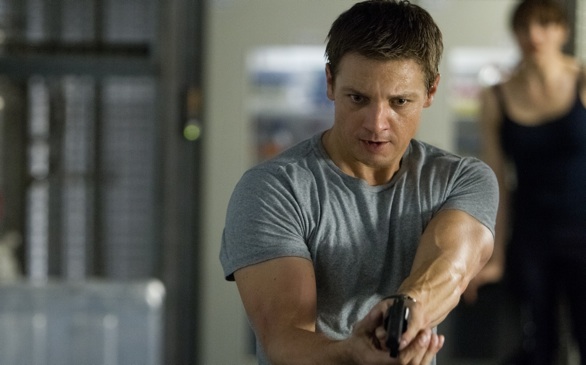 The Majors: Jeremy Renner takes over the Bourne franchise as agent Aaron Cross in The Bourne Legacy. The CIA is eliminating all traces of its secret programs, and now Cross is the last agent alive. But he’s also reliant on the government’s performance-enhancing pharmaceuticals, and he’s running out.

Meryl Streep and Tommy Lee Jones play a long-married couple trying to find the spark again in Hope Springs. Streep and Jones are at the top of their game in this heartfelt dramedy.

The Horror! The Horror! A rare anthology film with an ingenious framing device, V/H/S gives much-needed life to the “found footage” genre. Some of today’s best up-and-coming horror directors contribute, including Ti West (The Inkeepers) and David Bruckner (The Signal).

The Idiotbox: Get a double dose of Matt Groening. “The Simpsons:” Season 15 includes: a musical episode where Lisa is elected student president, the Simpsons’ adventures in London and Homer’s foray into a Battle-bot tournament. Then, “Futurama” is as strong as ever following its Comedy Central rebirth. Volume 7 continues the universe-spanning adventures of a one-time pizza boy and the off kilter crew of Planet Express.

Writer-director-actor Lena Dunham became an indie sensation with Tiny Furniture. Now, she’s brought us one of TV’s best new shows, “Girls:” Season 1. Dunham plays an aspiring writer recently cut off by her parents as she juggles the loss of a job, her oddball non-committal boyfriend and her diverse group of girlfriends.

Revisit the town of Kingsbridge in “World Without End,” the epic historical miniseries follow-up to Ken Follett’s “The Pillars of the Earth.” Set 200 years after the first series, the Black Death is spreading through Europe and the country is on the brink of the Hundred Years’ War. Cynthia Nixon, Miranda Richardson and Ben Chaplin star.

Chris Lilley is a comedic chameleon on par with Peter Sellers. In “Angry Boys,” Lilley embodies a diverse cast of boys and men as they deal with their masculinity. “We Can Be Heroes” follows Australians from all walks of life, vying for the title of Australian of the Year.

The funniest man with a mullet, Danny McBride, returns as washed-up major leaguer Kenny Powers in “Eastbound & Down:” Season 3. Following Kenny’s retreat to Mexico, the one-time fast baller now finds himself back in the minor leagues with a resurrected career and a new baby.

Blu Notes: See how Anne Hathaway compares to the original Broadway and London casts of Les Misérables with the 10th Anniversary Concert, a stunning production at the Royal Albert Hall. Then check out the sumptuous 1998 adaptation of Victor Hugo’s classic novel, starring Liam Neeson, Geoffrey Rush and Uma Thurman.

Ken Kesey’s other great novel, Sometimes a Great Notion, made it to the big screen guided by director-star Paul Newman. Newman is the leader of an ornery family of Oregon loggers, taking over from patriarch Henry Fonda. The arrival of the black sheep, Leeland (Michael Sarrazin), sets off a powder keg within the family and with their town.