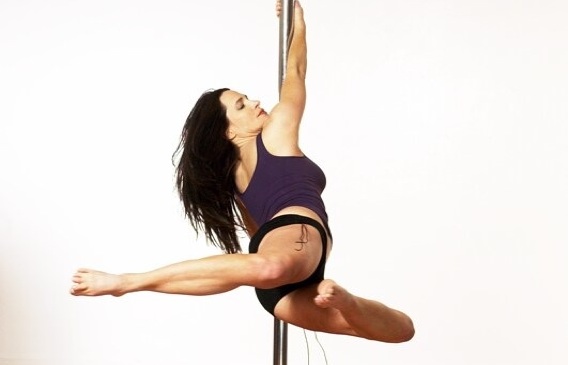 The Flight Half Pint is a popular move in pole dancing.
(Credit: sfactor.com)

For years, pole dancing was only seen as a profession for desperate women who could only make enough money by taking off their clothes in front of ogling men. However, times have changed, and it’s no longer just an activity for strippers; everyday women can learn the art of pole dancing.

Women in their 20s to even their 40s have been seen taking pole dancing lessons around L.A., where it’s easy to find more than 15 studios that offer classes. College females, workingwomen, stay-at-home moms – all are welcomed to experience this thrilling, sensual and fun workout.

In the class, students arrange in a circle around the three poles in the center of the room, and the instructor teaches from the middle so you always have a good view of her movements. When you start doing the movements, you’ll notice that many of the moves resemble exercises you would do for Pilates and yoga; however, they are performed in a sexualized fashion meant to emphasize the natural curves of a woman’s body. For example, the instructor encourages you to run your hands over yourself: on your breasts, in your hair and under your thighs. This allows you to literally get in touch with your sensuality and connect with your body.

Once the mat workout is done, it’s time to try out the pole. The instructor gives step-by-step instructions on a certain move, and then each woman gives it a try in front of the group. It sounds daunting, but no one expects you to be perfect on the first try. Overall, it’s a funny experience that you’ll never forget.

Afterwards, you split up into small groups and practice the pole moves so you can really get the hang of it. You’ll surprise and impress yourself (and eventually someone else) with your new skills.

So, who is the genius behind this pole-dancing studio? It all started more than 10 years ago with creator Sheila Kelley. She first discovered her appreciation for pole dancing while working on a film called Dancing at the Blue Iguana, which featured many scenes involving exotic dancers.

As a graduate in ballet, anatomy and movement physiology at New York University’s Tish School of Arts, she was instantly fascinated by the variations in movement required for exotic and pole dancing. Once she started to learn the movements herself, she felt like she was moving her body for the first time.

This creature is embraced and heightened throughout the S Factor experience. The program is arranged into six levels, each one increasing in skill level, technique and experience as you go up. All the levels require students to attend a two-hour class once a week for eight weeks. After that, the students automatically move on to the next level; no test or skills assessment is required.

The S Factor promotes the concept of its program as being a journey of self-identity and self-worth, as well as an effective fitness regime meant to tone the body.

Kelley said, “The S Factor is the female body, her sexuality and all the gorgeous things that come with that.”

Her most recent project reflects this idea perfectly. The project is called the Redefining Sexy: Believe In Your Beauty campaign, and it involves a series of videos featuring women who have followed the S Factor Program in order to stay connected with their bodies during challenging times.

For instance, the first video of the series featured on Kelley’s personal website tells the story of a woman named Diana Schlobohm. Schlobohm was diagnosed with breast cancer in November 2011. Her five years of experience with the S Factor played a major role in helping her embrace her femininity and sexuality within an illness that deprives her of typical female traits, such as long hair and breasts. The video integrates images of Schlobohm’s life at the hospital along with footage of her performing a very moving and sensual pole dance.

Ultimately, the video proves how the S Factor program (and pole dancing in general) is not just a fun fitness class; it's also a path of self-discovery and female empowerment every woman can experience. 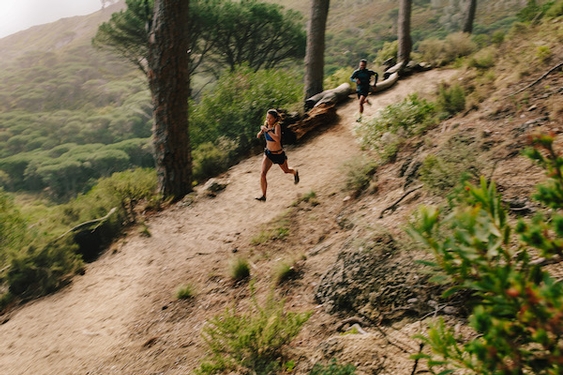 Health & Fitness
Spencer McKee: 6 reasons why trail running is worth adding to your workout routine
554 views 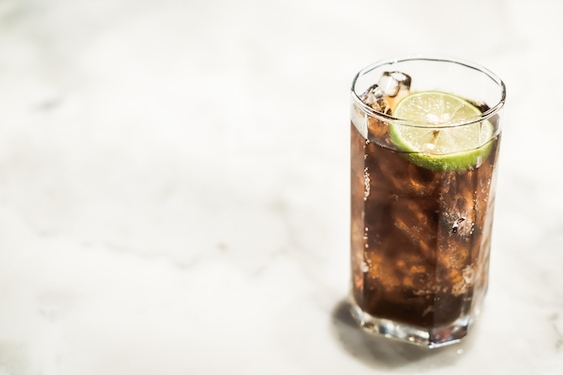 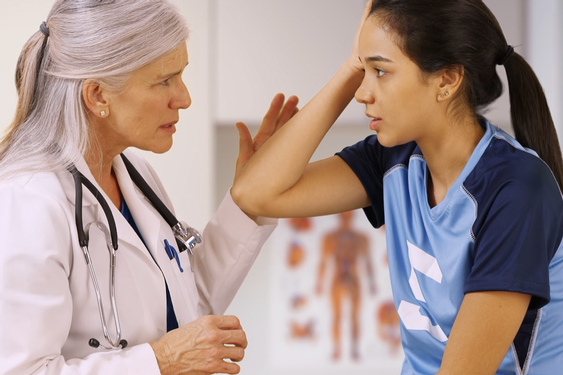 Health & Fitness
How Schools Can Prepare For Medical Emergencies
790 views

Health & Fitness
Delta has us masking again, but which masks work best?
926 views

Health & Fitness
She lost half her body weight and landed on the cover of People. What’s her secret?
1,318 views

Health & Fitness
Eating only during a 10-hour window improved health for those with metabolic syndrome
1,258 views