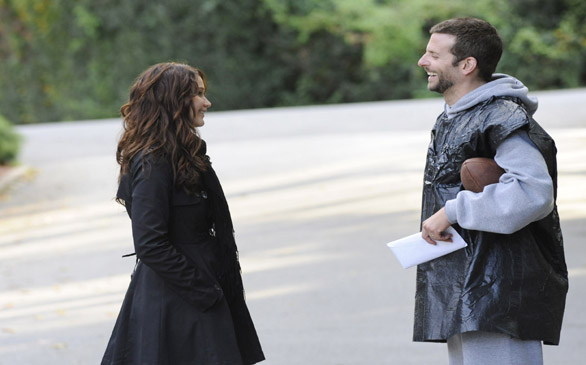 All of us had our share in watching films this year. As it comes to an end, there is no better way to say aloha to both 2012 and 2013 than by naming the best and most entertaining movies I saw.

1) Silver Linings Playbook – It has everything you want in a movie: romance, drama, and comedy. Jennifer Lawrence and Bradley Cooper deliver memorable performances.

2) Argo – With the result of this movie, there’s no question that Ben Affleck is a better director than actor. For that Mr. Affleck, you get an “Argofuckyourself.”

3) Zero Dark Thirty – It leaves you wanting more. Jessica Chastain is solid, and the film has Oscar potential.

4) Moonrise Kingdom – Might be the movie of the year in many award ceremonies.

5) Django Unchained – If the rumors are true, too bad Will Smith refused to play the role of Django in this Quentin Tarantino piece.

8) The Best Exotic Marigold Hotel – It’s such a sweet story.

9) Flight – This is one of Denzel Washington’s best acting performances ever.

Brave – You could watch this over and over again.

Life of Pi – Quite the adventure…

Lincoln – Daniel Day-Lewis could be up for Best Actor at the Oscar’s.

Rust and Bone – Without a doubt, Marion Cotillard and Matthias Schoenaerts are great together. It’s just beautiful to seem them team up in these particular roles.

Special Features
Secret screenings. Redacted scripts. How they make the twists in ‘This Is Us’
96 views

Special Features
Virtually every film coming out this fall
727 views