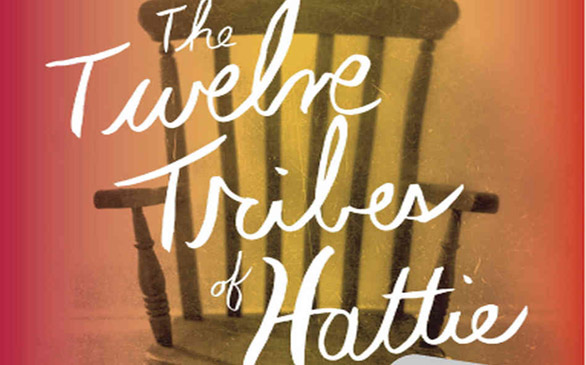 Ayana Mathis' novel The Twelve Tribes of Hattie is one of the best books of 2012.

The year 2012 was memorable for the literary world in many ways.

Let us start with the item that makes us the most uncomfortable: E.L. James boosted the languishing profile of erotica with her bestselling 50 Shades of Grey trilogy and became a publishing sensation. The books have sold more than 35 million U.S. copies, print and digital, earning every Random House employee a $5,000 holiday bonus. And James, who kicked off her U.S. book tour in Miami, was named Publishing Person of the Year by Publisher's Weekly. The literati can complain all they like - and many did - but she is allegedly at work on book four, and half the people you know are going to buy it.

For the first time in 2012, ebooks sales topped print sales, according to the American Association of Publishers. Philip Roth announced his retirement. After a two-year hiatus, Oprah Winfrey revived her book club, naming as her first picks Cheryl Strayed's memoir Wild and Ayana Mathis' novel The Twelve Tribes of Hattie. Weirdly, the Pultizer judges decided no fiction deserved a prize this year, snubbing such terrific 2011 novels as Ann Patchett's State of Wonder and Jeffrey Eugenides' The Marriage Plot.

But oh, the books of 2012: Historian Robert Caro offered up the fourth installment of his Lyndon Johnson biography with The Passage of Power. Throughout the summer, Gillian Flynn had spouses eyeing each other suspiciously after reading her thriller "Gone Girl." Tom Wolfe angered denizens of the art world and half of Miami with his savage Back to Blood.

We got dark, gorgeous stories from such newcomers as Megan Mayhew Bergman (Birds of a Lesser Paradise) and Claire Vaye Watkins (Battleborn) as well as old pros like Junot Diaz (This is How You Lose Her). We endured luminous, fictional end-of-the-world nightmares from Lauren Groff (Arcadia) and Karen Thompson Walker (The Age of Miracles). We lived through the horrors of war as seen by Iraq veteran Kevin Powers (The Yellow Birds, which earned comparisons to All Quiet on the Western Front) and war's aftermath, as seen by Ben Fountain (Billy Lynn's Long Halftime Walk, which many critics likened to Joseph Heller's Catch-22).

So many good books, and we couldn't quite get to them all. Here's hoping we'll have time to catch up soon.

Here are The Miami Herald's favorite books of the year:

-Beautiful Ruins, Jess Walter: This unforgettable novel manages to satirize Hollywood and tell a wickedly funny story about love, greed, fate and redemption that flows across decades and continents. Everything you seek in a great novel can be found right here. There's nothing more you need, except to tell everyone you know to read it, too.

-Bring Up the Bodies, Hilary Mantel: The sequel to Mantel's Man Booker Prize-winning "Wolf Hall" won a Booker, too, and with good reason. She dives deep into Tudor history as seen through the eyes of her fascinating protagonist, Thomas Cromwell, the righthand man of Henry VIII. (Spoiler alert: Things don't go so well for Anne Boleyn in this installment.)

-Behind the Beautiful Forevers: Life, Death, and Hope in a Mumbai Undercity, Katherine Boo: Journalist Boo's National Book Award-winning account of the residents of a Mumbai slum is nonfiction, but it reads like a compelling novel. It's so fascinating you will wish it were longer.

-Wild, Cheryl Strayed: This true account of Strayed's attempt to hike the entire Pacific Crest Trail isn't just another outdoor adventure; it's a refreshingly honest take on grief, growing up and moving on.

-Where'd You Go, Bernadette? Maria Semple: Humor is sadly underrated when readers and critics hand out accolades, but few novels will make you laugh aloud the way Semple's satiric take on a disintegrating Seattle family does.

-Canada, Richard Ford: A teenage boy leaves Montana and his family's troubled past for Saskatchewan - and more trouble - in Ford's noir masterpiece.

-Elsewhere, Richard Russo: In this memoir, the author of "Empire Falls," "The Risk Pool" and "Nobody's Fool" recalls life with his demanding mother.

-Dear Life, Alice Munro: The master of the short story returns - and wows us all over again with her lyricism and insight.

-House of Stone: A Memoir of Home, Family and a Lost Middle East, Anthony Shadid: The New York Times journalist's story about attempting to rebuild his family home in Lebanon was made all the more poignant by Shadid's death in February from an acute asthma attack while reporting on the Syrian conflict.

-Spillover: Animal Infections and the Next Human Pandemic, David Quammen: Forget Justin Cronin's scary vampires in "The Twelve." Quammen's quest to learn more about where pandemics begin - and where they might strike next - is the true stuff of nightmares.