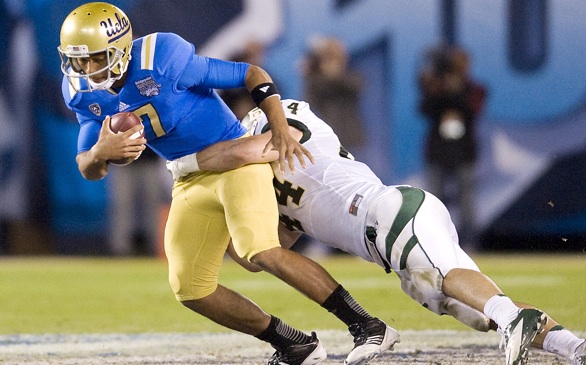 Coming into its first bowl game since 1999, UCLA was hoping to pull out a win against Baylor University at the Holiday Bowl in San Diego on Thursday, Dec. 27. But to its fans' and team's disappointment, the Bears crushed the Bruins 49-26.

The Bears had an explosive office, and they're defense came up big. Quarterback Nick Florence threw for two touchdowns and scored another, and running back Glasco Martin ran for three. UCLA quarterback Brett Hundley was 26 of 50 for 329 yards and three touchdowns; however, it was no match against Baylor's defense. The Bears sacked Hundley six times and shut down UCLA's career rushing leader, Johnathan Franklin.