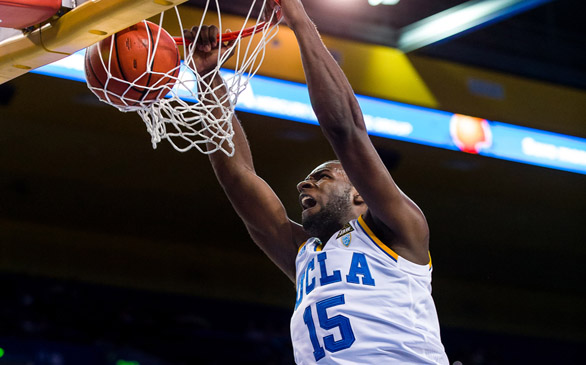 Shabazz Muhammad is the Pac-12 player of the week.
(Credit: Courtesy of UCLA Athletics.)

For the week of Dec. 24-30, UCLA Bruin basketball player Shabazz Muhammad has been declared the Pac-12 player of the week, which was announced by the conference office on Monday, Dec. 31. This makes the 6-foot-6 freshman the first UCLA men's basketball player to earn the Pac-12's weekly award since Lazeric Jones in March 2012.

In Friday's (Dec. 28) game against No. 7 Missouri, Muhammad scored a season-high-tying 27 points for the second time in as many games, making 10 out of 19 shots (including 3 three-pointers) in UCLA's 97-94 overtime win. This was the Bruin’s first win over a top-10 ranked non-conference team since Nov. 20, 2007 against Michigan State.

Muhammad has scored in double figures in all 10 games played with at least 20 points in five games.