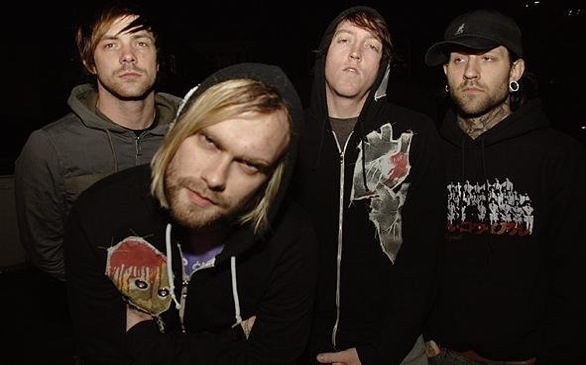 The Used is just one of the groups featured on this compilation album.
(Credit: Facebook.com/TheUsed)

Looking to raise money for the LGBT organization It Gets Better Project, an impressive group of punk and rock names come together in Take Action Compilation Volume 11. Each year, the compilation chooses a different organization, and this album proves both a fun and uplifting volume.

While a sad song or two might pop up – including a groovy, EDM-esque remix of AWOLNATION’s “Sail” and The Used’s rendition of “The Lonely” – other songs talk about celebrating identity and the now. It Gets Better Project puts its efforts into guiding LGBT youngsters into making through their tough teenage years, so lines like “because I’ve opened up to see / I’m right where I plan to be / Today!” from Set it Off’s “Dream Catcher” fit perfectly in the compilation. Not only that, but the volume brings together punk veterans like Bad Religion and newer Top 40 acts like 3OH!3 in a spectrum of sounds. On one side of the album stands the punk sound that’s hard to find in today’s popular music, and on the other you’ll find the very familiar tune of electronic music tracks.

Sprinkle in some touching acoustic tunes like Seahaven’s “Understanding” and All Time Low’s “The Reckless & The Brave,” and the album gives listeners a chance to rock out but also slow down to digest some more complicated themes, such as home life and self-doubt. Over the course of two discs, the listener can experience a wide range of emotions and sounds that makes the compilation a significant one to delve into. It might not jell well with those wary of emotionally open tracks, but for supporters of It Gets Better Project and fans of the participating artists, the compilation hits the right note.

The 2013 Sub City Take Action Tour featuring The Used will be stopping at the Wiltern in Los Angeles on March 1.