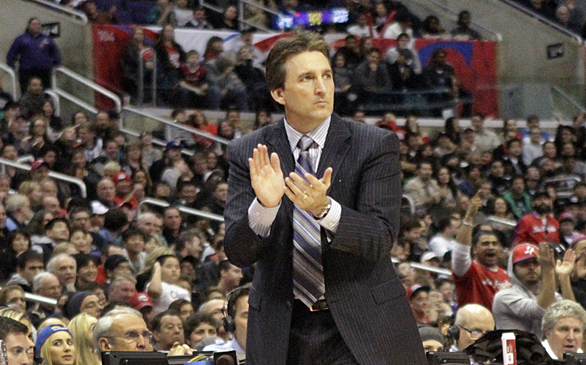 Los Angeles Clippers head coach Vinny Del Negro was named the NBA Western Conference Coach of the Month for games played in December on Wednesday, according to a prepared statement by the team.

Del Negro led the Clippers to a perfect 16-0 record in December, including wins over the Boston Celtics and three wins over the Utah Jazz. The Clippers’ franchise-best 17-game winning streak, which included the sixteen December wins, ended with their first game in January. The streak stands as the longest in the NBA since the 2008 season when Boston won 19 consecutive games.