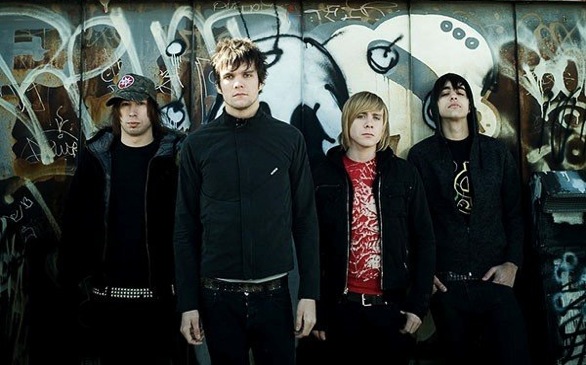 Rumor has it Boys Like Girls never really got back together. Never mind that after an almost year-long hiatus that had fans worrying they had broken up for good, the band reconvened at the end of the 2011 to work on Crazy World, its third studio album. But does it really count when it’s not really the same band that reconvened?

No, there’s no change in the roster; Martin Johnson, Paul DiGiovanni, Morgan Dorr and John Keefe are still the main men in this operation…but there’s no denying there’s something off.

The song “Cheated” on the album sounds like it would have been rejected during the making of the band’s first two studio albums, which included alt-rock hits like memorable favorites “The Great Escape” and “Love Drunk.” The track “Be Your Everything,” particularly the first few verses, is only a faint recollection of Boys Like Girls’ hit “Thunder.”

“Life of the Party,” “Shoot” and “Red Cup Hands Up Long Brown Hair” (the title alone seems like it doesn’t belong on the band’s track list) are songs that lead them away from the likes of All Time Low and make them better company for Rascal Flatts.

Perhaps the problem here is that none of the songs really scream “Boys Like Girls” like their previous hits.

Amongst the 11 songs on the album, which released on Dec. 11, there are some nice ones: “Stuck in the Middle” stands out as an inspirational chin-up anthem, and “The First Time” is arguably the closest they ever get to their previous glory. Only a few of the songs would warrant switching radio channels. But when did Boys Like Girls ever settle into the confines of "nice enough”?

Johnson’s vocals and the band’s sound in general (probably better classified as adult-contemporary/country-rock at this point) are only a shadow of their previous uniqueness. After expecting renewed passion and “an evolution” from a band that’s been around since 2005, this album is a disappointment.