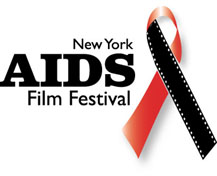 Untitled Document The 2005 New York AIDS Film Festival to commemorate World AIDS Day and promote AIDS awareness will be held December 1- 4 in New York City. The New York AIDS Film Festival utilizes visual stimulation to create awareness and prompt action from society on this global pandemic. The festival showcases work that educates and awakens people to the reality of the HIV/AIDS virus through short film, documentary and feature films.

On Dec. 1, the festival will open with the premiere of MTV Networks International film Transit and the third annual Red Ball Gala will follow at the MTV TRL Studios.

MTV Networks International will also air its first-ever Staying Alive made-for-TV film, Transit on a number of MTV's channels globally on December 1st, to a potential audience of more than one billion people. The film follows eight characters on a journey across four continents that finds them exploring emotion and sexuality in a candid and gripping way.

The 2005 New York AIDS Film Festival also announces the inaugural of the Jack Valenti Humanitarian Award that will be given to individuals in the entertainment industry who have made significant efforts towards raising awareness or making strides toward halting the HIV/AIDS pandemic.

Full film details and more information on the festival can be found at http://www.newyorkaidsfilmfestival.org