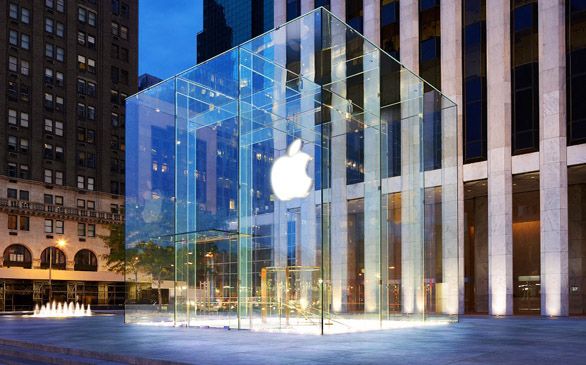 Apple could release an iWatch.
(Credit: Facebook/Fans of Apple)

As we ring in the new year, let's raise a virtual glass to all the tech that is yet to come.

Here's our list of the technology we can't wait to obsess over, write about and try out in 2013.

1. IEverything: We already know Apple Inc. will come out with new versions of all its mobile devices, as it always does, but that doesn't make the announcements any less exciting. Some rumors have said the next iPhone will come in many colors, the iPad will be skinnier and the iPad mini will get Apple's high-resolution Retina display.

2. Cars and phones that won't let you text and drive: We need apps and phones that prevent us from texting behind the wheel. There are some good anti-texting apps for Android phones, but we need this technology to be more universal - perhaps built into our phones and cars.

3. IWatch: A recent report out of China said Apple is working with Intel Corp. to make a 1.5-inch Bluetooth smart watch running iOS, the operating system used for the iPhone and iPad. This is just a rumor for now, but a smart watch would make sense for the tech giant.

4. A TV our houseguests can use: We want a streamlined television that simply and intuitively lets users find shows, movies and other video content. We're hoping for a single remote and a single unit - no ugly wires or additional set-top boxes. Keep it minimal. Keep it streamlined. And we don't care whether it's Apple's mythical iTV or something else.

5. Nexus Q: In June, Google introduced a sleek, bowling-ball-shaped, $300 media device that plays videos from YouTube and Google Play. Google decided to delay the Nexus Q in July and add more features. That was probably a good move, but we haven't heard anything about the Q since. Here's hoping we see it again in 2013, with more features and a smaller price tag.

6. The universal waterproofing of gadgets: At the International Consumer Electronics Show last year, we saw an iPhone get dunked in a tank of water and emerge just fine, thanks to a water-repellent coating called Liquipel. This year, we'd like to see water-repellent coatings come standard in all of our gadgets.

7. The Amazon, Microsoft and Motorola phones: Amazon.com Inc. and Microsoft Corp. launched large-size tablets this year to take on the iPad, and rumors have said the two companies will launch smartphones of their own. Additionally, a recent report said Google-owned Motorola Mobility is also working on a top-of-the-line phone that's being dubbed internally as the X Phone. Watch your back, iPhone.

8. A flexible smartphone: Do we need a smartphone that bends? Who knows! We haven't tried one yet. But in 2013, we'd like to. The online rumor mill suggests that Samsung Electronics Co.'s Galaxy S IV will have a screen made of unbreakable plastic that may have the ability to bend. Anyone else intrigued?

9. Leap: Leap Motion Inc. burst onto the scene and blew the tech community away with YouTube videos of its impressive motion sensor control for users' computers in early 2012. The start-up promised the controller would come out in December or January. Leap Motion couldn't meet the December target, but hopefully we'll get to see this innovative tech this month.

10. Google's glasses and other wearable tech: Google's Project Glass may be neat, but can you imagine anyone you know actually using, and wearing, a pair of Wi-Fi-connected glasses? Google Glass may not go on sale until 2014, but in 2013 we'd like to see more real-world applications of this technology.