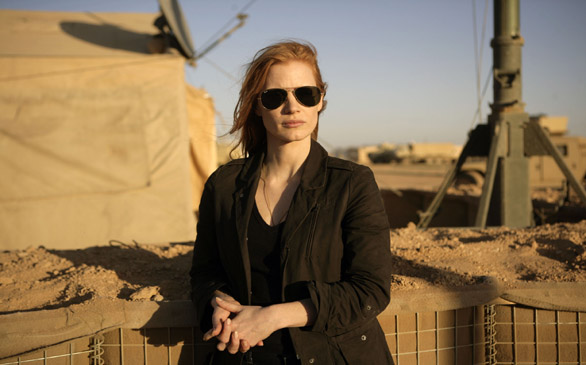 With Oscar nominations arriving Thursday and Golden Globes given out next Sunday, the awards season is poised to emerge from its holiday dormancy. There'll be high-profile tributes at the Palm Springs and Santa Barbara film festivals, talk show appearances, a few more special screenings and enough hors d'oeuvres to keep shrimp farms thriving well into the new year.

Unlike last year, when The Artist emerged as the clear front-runner at the outset, this year's best picture race sports five strong contenders - Argo, Les Miserables, Lincoln, Silver Linings Playbook and Zero Dark Thirty - for the academy's highest honor. The field could go as high as 10, but these films have clearly established their best picture bona fides. The victor may well be the film that counters its opponents with a new wrinkle on the initial approach, making the necessary adjustments to counter the barbs opponents are throwing its way.

With that in mind, we spoke to Oscar consultants about this year's best picture field - what are the selling points so far and what modifications need to be made to the original game plans to take home the top prize.

The model: The Departed

The game plan: Do the Telluride-Toronto two-step and rack up ovations and ecstatic reviews at these early awards-season festivals. Emphasize Hollywood's role in the true story of the hostage liberation and the common ground between spies and showbiz types, brothers under the skin when it comes to pulling a con job. Note the absence of political messages and how skillfully the filmmakers - screenwriter Chris Terrio and director Ben Affleck - blend the story's dark humor and thriller elements. Patiently watch as other high-profile contenders come and go, content in your ability to appeal to voters' hearts and minds.

The counter: Sure, Argo works. It's a well-crafted throwback to those fine '70s thrillers like Three Days of the Condor and Dog Day Afternoon. It's a rousing, suspenseful crowd-pleaser. Due respect. But in terms of filmmaking, it's a poor man's Zero Dark Thirty. Just ask any critics group.

The adjustment: Argo is just as good as Zero Dark Thirty - without the troubling morality. Maybe it isn't your favorite of the year. But it's probably No. 2, right? And, deep down, you probably like it more than the movie you tell your friends is your No. 1 choice. So why not vote for your actual favorite and not the one that sounds like it should be?

The game plan: Did anyone mention that the actors did all their singing live on set? (Is there anyone who doesn't know that by now?) Discuss the musical's circuitous route to the screen, how so many tried and failed to make a movie from the lavish show, underscoring the ambition of the project. Play up the contemporary relevance in this tale of have-nots rising up against the elites for their fair share of bread crusts. Then sit back and let those musical earworms burrow into people's brains, incapacitating all resistance.

The counter: Les Miz sports a 63 rating at review aggregator Metacritic. Even Crash had better reviews. While the film plays OK when you're watching it with an audience (all that sniffling is contagious!), the screener viewing experience is markedly different, making director Tom Hooper's bizarre, canted camera angles, wacky compositional shifts in scale and affinity for asymmetry all the more distracting. Sure, you can hear the people sing. But watching them do so here can also make you cringe.

The adjustment: Everyone learned from watching Ratatouille that critics don't have a heart. Think on this: When was the last time you saw people give a movie a standing ovation? Hooper will tell you that he has screened Les Miz all over the world, and no matter where he goes, he leaves puddles behind. Any movie can engage your mind. Les Miz bypasses your brain and goes straight to your heart. (OK, it takes a left turn at the tear ducts, but you get the idea.) And everyone wants the Oscars to better reflect popular taste, right? Right?

The game plan: Daniel Day-Lewis is Abraham Lincoln. In a movie directed by Steven Spielberg. And written by Tony Kushner. Behold the glory. Thank us in the morning.

The counter: All can agree that there is much to admire in Lincoln, but nobody really loves the movie. Where is the passion vote? Do you see a passion vote? We don't see a passion vote. Why? Well, how do we put this in a way that maintains respect for the historical accomplishments outlined in the film and yet still puts the point across? It's a little bit ... dull. There. We said it. It runs too long, contains too many speeches and, at times, feels claustrophobic.

The adjustment: People don't love Lincoln? Then how has it grossed $130 million and counting? People are seeing this movie and then coming back to theaters with their friends to experience it again. This movie will be watched for decades to come! This movie will be taught in schools! Spielberg screened it for the Senate to inspire them to take bipartisan action. And look what happened: America did not go over the "fiscal cliff." No thanks necessary. A best picture vote will suffice.

The game plan: Fly David O. Russell's buoyant comedy under the radar coming into the Toronto International Film Festival, the better to leave with the event's coveted audience award, an honor that propelled films like The King's Speech, Slumdog Millionaire and American Beauty to Oscar glory. Think about opening the movie wide at Thanksgiving. Scrap that idea at the last minute in favor of a slow rollout. Let critics and moviegoers generate strong word of mouth, gradually increase the number of theaters and then blow it out once the inevitable, high-profile Oscar nominations for picture and stars Jennifer Lawrence and Bradley Cooper materialize on Jan. 10. By then, resistance to the film's fizzy blend of romance, comedy and intimate, astutely observed drama will be futile.

The counter: Silver Linings Playbook is fine ... for what it is. But the academy rarely feels inclined to bestow its highest honor on a romantic comedy that, let's face it, isn't that far removed from the kind of flimsy bauble that Kate Hudson would headline. And not to put Baby in a corner or anything, but a movie that ends with a big dance contest just isn't best picture material.

The adjustment: There's more to the movie than romance. No less an authority than Dr. Oz has praised it for the way it uses humor to put a human face on people living with mental illness. Who among us can't relate to a movie that so guilelessly lays out the difficulties we all face in navigating through the complications of life? And what's so bad about a feel-good ending, anyway?

The model: The Hurt Locker

The game plan: Pound home the authenticity of this document of this decade-long hunt for Osama bin Laden. This isn't just a film. It's cinematic journalism from the same team (director Kathryn Bigelow and writer Mark Boal) that gave us The Hurt Locker. But ... just so we're clear, it's a movie. Artistic license was taken, though we're not going to get into specifics. That's not necessary. At least, it wasn't necessary for the dozens of critics groups across America that named Zero Dark Thirty best picture.

The counter: Three U.S. senators and a Senate Intelligence Committee would like more specifics. And the stink they're making about the movie's depiction of torture and its role in helping lead the CIA to Bin Laden can't help but color one's perception of the movie. Nobody likes grandstanding politicians, but their objections give one pause.

The adjustment: The work speaks for itself. The movie immerses audiences in a specific world. Torture was part of that world. It's not pro-torture. Those reading it that way have their own political agenda. And even those people are probably still riveted by the movie's final 40 minutes.