Flight 19 and Amelia Earhart: Could They Finally Be Found? 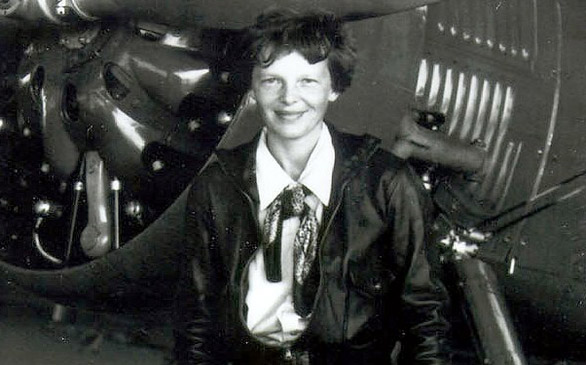 They are among aviation's greatest mysteries, vanishing decades ago without a trace.

But experts say technology now exists to find both Flight 19, the Navy squadron that took off from Fort Lauderdale in 1945, and Amelia Earhart, the legendary aviatrix who in 1937 in Miami began her attempt to fly around the world.

The National Oceanic and Atmospheric Administration currently operates a ship that systematically explores the seven seas, and already has discovered a number of sunken vessels and planes. Its multi-beam sonar paints a three-dimensional image of the ocean floor, allowing it to spot everything from wrecks to natural gas leaks.

Some private companies also offer vessels equipped with sophisticated sonar, among them OceanGate, based in Seattle, Wash. Using a small submarine, it recently discovered a World War II era Navy Hellcat fighter plane in 240 feet of water off Miami Beach.

If someone were willing to pay "possibly hundreds of millions," the submarine stands a good chance of finding Flight 19 or Earhart, said Stockton Rush, CEO of OceanGate, which rents out subs for exploration, research and commercial ventures.

"The technology to find those planes exists," he said. "It's really a question of, is it worth the investment?"

Some private expeditions have successfully found high-profile wrecks. In 1985, explorer Robert Ballard spotted the Titanic 2{ miles below the surface of the North Atlantic, using underwater robots.

To find Flight 19 or Earhart's plane, NOAA scientists would need a good idea of where the wreckage sits. A search grid would be set up and sensor equipment would then try to discern shapes on the ocean floor.

Several factors could make the quest difficult, including the planes' depth, whether they broke up when they hit bottom, and whether they are covered with marine vegetation. Still, if NOAA's 224-foot Okeanas Explorer were assigned to find those wrecks, it might succeed.

"If you pick a good survey area, sonar makes the likelihood of discovery a little better," said Frank Cantelas, head marine archaeologist for the NOAA's Office of Ocean Exploration and Research.

On the other hand, the ship's main missions are to map the seafloor and examine the oceans for scientific purposes. It wouldn't specifically hunt for Flight 19 or Amelia Earhart, particularly since NOAA operates on a tight budget, Cantelas said.

"It's really a matter of prioritizing the things we do," he said. "It's not that they have been deemed insignificant; it's just that they really haven't been discussed."

"Flight 19 and Amelia Earhart are of great public interest, but it's hard to get an economic justification," Rush said. "It's sort of like searching for the holy grail."

What has made finding Earhart's plane so difficult is that it could be in a vast area of the Pacific and in 15,000 to 20,000 feet of water. That didn't stop Richard Gillespie, executive director of The International Group for Historic Aircraft Recovery. In July, he used sonar to hunt for Earhart's plane near Nikumaroro, a small South Pacific island, where he thinks she temporarily survived. However, no plane wreckage was found.

Finding Flight 19, also known as the Lost Patrol, might be more realistic, as the five planes are thought to be within a few hundred miles of Daytona Beach.

Indeed, Jon Myhre is confident the five planes went down in the same vicinity that debris from Space Shuttle Challenger was found after it exploded in 1986. However, as yet, none of the planes have been spotted.

"I used aircraft performance information, weather, winds and radio transmissions to come up with a point in the ocean," said Myhre, of Sebastian, who wrote a book about the squadron, "Discovery of Flight 19." "All of it points to the same location."

Flight 19 took off from what was then the Fort Lauderdale Naval Air Station - today Fort Lauderdale-Hollywood International Airport - on a routine navigational and bombing exercise. But the flight leader got lost and the planes are believed to have run out of fuel and crashed into the ocean.

Myhre "absolutely" believes the technology exists to find those single-engine bombers, as well as Earhart's plane. He only hopes that interest won't wane as time passes.

"I applaud anybody who tries to find them," he said.