Enjoy Korea’s Past, Present, and Future of Music 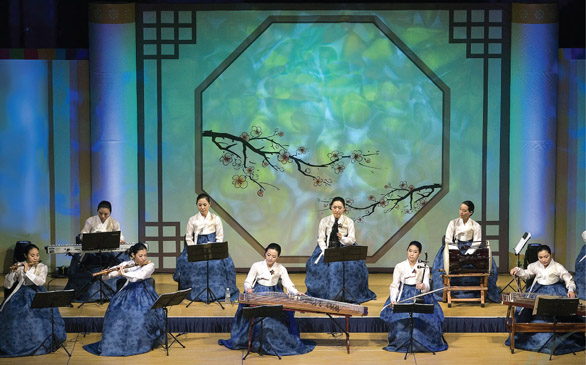 Fortunately, the traditional sounds of Korea’s music continue to play an essential part of the culture in Los Angeles. So much so that the all-female ensemble DASRUM, who play Korean classical music, is set to perform in a much-awaited show this month.

The Korean Cultural Center LA, Korean Ministry of Culture, Sports and Tourism and Consulate General of the Republic of Korea have joined forces to present “Korean Music Concert: Past, Present & Future” at the Colburn School’s Zipper Hall. The event is scheduled for Saturday, January 11, at 7:30 p.m.

Admission is free, but the public is urged to retrieve tickets at the Korean Cultural Center LA (5505 Wilshire Blvd., Los Angeles, CA, 90036). All those planning to attend must have a ticket. For more information on tickets, e-mail KCCLA's Tammy Chung at tammy@kccla.org or call (323) 936-3015.

On top of having a complimentary entry, “Korean Music Concert: Past, Present & Future” figures to be quite the entertaining experience: it’s an all ages show, and these affairs have a knack for being fruitful in entertainment.

One of the most prominent characteristics in DASRUM’s music details its sensitive and soft musical performance by the ladies. The group’s official website further notes that “it joins the original aesthetics of traditional music with the refined modern sense in a peaceful atmosphere.”

According to a prepared statement, eight female players – who were looking to expand opportunities for women in Korean classical music – established DASRUM in 1990. Since then, the orchestra members have served as ambassadors for Korean music on a worldwide scale with more than 600 performances to date.

Additionally, DASRUM’s creativity and musical proficiency has allowed them to introduce and expand Korean music to a new generation on an international level, the prepared statement said.