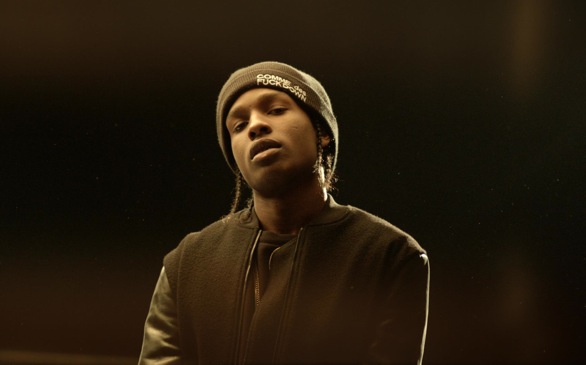 Don’t turn the volume up too much for the beginning of A$ap Rocky’s LONG. LIVE. A$AP...unless your eardrums can handle the noise.

The first track titled "Long Live A$AP" off the rapper’s debut album opens with an explosive thunderous sound, which eventually leads to an ominous storm. As Rocky raps about weapons, women and the strangers he fears, the song takes off and eventually leads to a sentimental, higher-pitched chorus.

With a self-esteem level that seems to go through the ceiling, Rocky uses the rest of the album to walk the listener through his life, which is summed up in the chorus of “PMW (All I Really Need).” The distorted voice sings “p****, money, weed / that’s all I really need.” Shocking but familiar in the rap world, that mantra comes up in various forms in later songs.

If anyone can help him get beyond stereotypical hip-hop, Santigold can. “Hell” includes some clever lines – “…say I’m blessed / my bad I forgot to sneeze” – that are paired with an atmospheric melody. The star power continues with “F**kin Problems,” featuring Drake, 2 Chainz and Kendrick Lamar. This track sounds like a hip-hop chart-topper from the first minute on. The hook does its jobs, and each verse flows into the next with ease. But none of the tracks deliver quite like “Wild for the Night,” the Skrillex collaboration that makes hip-hop feel right at home with dubstep.

In today’s hip-hop world, Rocky’s move towards EDM is smart, and the album as a whole proves a significant addition to the hip-hop scene.  If Rocky can distinguish himself as more than just another PMW man, it’ll be all the more reason to keep listening.

LONG.LIVE.A$AP will be available on Jan. 15.