Start Your New Year with a Good Read 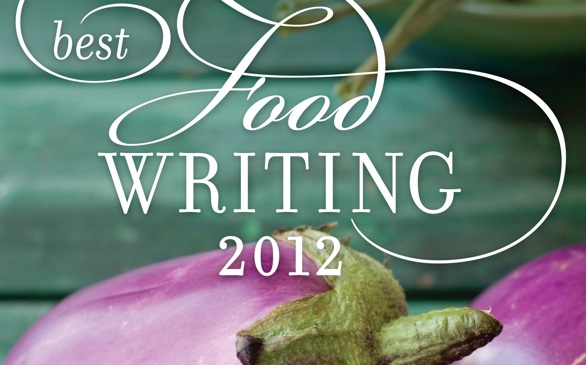 Indulge in exceptional writing and wonderful stories in 2013!

Compilations
As if Dave Eggers doesn’t do enough (A Heartbreaking Work of Staggering Genius, Zeitoun, What is the What), he has somehow found time to edit The Best American Nonrequired Reading 2012. This terrific hodgepodge of essays, fiction, ephemera and graphic selections will catch you up on anything important you might have missed in 2011.

Yum. If your mouth doesn’t water while reading the Best Food Writing 2012, edited by Holly Hughes, then there is something wrong with your salivary glands. This collection of essays from publications like Gastronomica and Food & Wine easily encapsulates the best of the year.

It’s impossible to discover and read all of the greatest essays over the course of a year. In The Best American Travel Writing, editor William T. Vollmann pulls together pieces by Paul Theroux, Pico Iyer and Bryan Curtis that will make you itch to jump on a plane.

The Best American Magazine Writing 2012, edited by Sid Holt, helps separate the wheat from the chaff on a host of subjects. Don’t miss Sarah Stillman’s piece from The New Yorker, “The Invisible Army,” winner of the National Magazine Award for public interest.

Fiction
The second book (after Wild) in Oprah’s new 2.0 Book Club, Ayana Mathis’ The Twelve Tribes of Hattie, will have you at “hello.” Told from multiple viewpoints, this family portrait carries the weight of a Toni Morrison novel.

One of my favorite mystery writers, Barbara Vine (aka Ruth Rendell) writes characters with all the depth of the best novelists. Her latest (she’s written more than 60!), The Child’s Child, gets immediately under your skin and stays there. It explores the shame, guilt and defiance of belonging to one of society’s marginalized minorities.

Take a look around at movie trends, and it’s not hard to see why Philip K. Dick has been enjoying a renaissance in recent years. Dick, who helped pioneer the sci-fi mindbender Total Recall, is more relevant than ever with his tales of slippery reality. The Game Players of Titan, Time Out of Joint and Martian Time-Slip are his latest to receive beautiful new trade paperback reissues. -Mike Sebastian

Non-Fiction
In the early ‘80s, three college friends, James Blaylock, Tim Powers and K.W. Jeter, set stories in an alternate version of Victorian England inspired by the proto-sci-fi adventures of H.G. Wells and Jules Verne. They inadvertently invented a literary genre that has influenced everything from Japanese anime to fashion trends. Steampunk: An Illustrated History of Fantastical Fiction, Fanciful Film and Other Victorian Visions traces the evolution of the clockwork genre from its influences to its cultural impact at large. –Mike Sebastian

Is your New Year’s resolution to be a better person? Maybe a little insight is in order? Alice Miller’s classic The Drama of the Gifted Child explores the psychology of family in ways that will make the hairs on the back of your neck stand on end.

Special Features
Cybersecurity for everyone: 5 books on defending ourselves in the digital age
1,368 views

Special Features
In his journey from jail to Yale Law, felon-turned-poet writes 'to remember who I am'
795 views