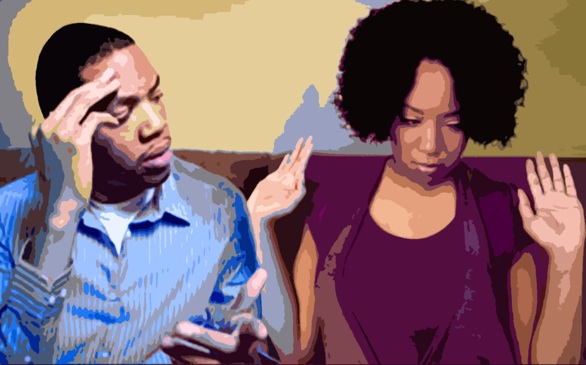 Many students have dealt with “Facebook drama” in their relationships.
(Credit: Jennifer Pritchard/MCT)

Does it sound absurd to you when a friend complains about Facebook ruining his/her relationship? For many people, it is hard to believe that a website is the major reason for a relationship failure. However, the harsh reality is that many people have experienced Facebook's negative effect on their relationships.

It seems that whether or not Facebook can ruin a relationship depends on how much you allow Facebook to seep into your day-to-day life and how strong your relationship is to begin with.

Jason Chan, a senior at UCLA said, “If you can use Facebook to ruin a relationship that easily, then it just means that the relationship is not strong enough. The relationship will probably be ruined by other things anyway.”

College students have shown that if you can handle this technology well, Facebook can make expressing love and affection short, sweet and to the point. As almighty as Facebook may seem, it really is just a website after all. The pictures you choose to upload, the comments you make and the information you decide to show the world – all of this is under your control.

Jamie Farmer, a senior at UCLA said, “Facebook is merely a reflection of a person.”

However, Facebook has the ability to create rough patches on the romantic road. For example, Facebook’s advantage of creating tighter communities may be a curse in maintaining a healthy relationship. From the moment your relationship is exhibited on Facebook, it is no longer a matter between two people. People might judge and even question your new romance, which may lead you to change your opinion about your partner.

Naomi Gorey, a junior at UCLA, said Facebook could cause more drama in a relationship thanks to its ability to allow users to make comments.

“Facebook can definitely ruin a relationship," she said. "I made comments about politics and religions that some members of my boyfriend’s family did not agree with. Even though my boyfriend and I are still together now, those members do not even want to talk to me anymore, and this drama has almost cost our relationship.”

Another common reason that Facebook may complicate relationships is that it has made comparing your own relationship with other people’s relationships so much easier and unavoidable. Your perception towards your partner may change after being exposed to other's pictures or statuses on Facebook. Rachel Lee, a senior at UCLA, can relate to this.

“I am usually okay with the fact that my boyfriend is not a romantic person,” said Lee. “However, sometimes when I see pictures of sweet surprises or comments my friends get from their men on Facebook, I cannot fight back the urge and ask my boyfriend why he never does things like that. It is because seeing their boyfriends doing all these romantic things for them makes me feel I am less worthy. In defense, he would raise his voice and keep asking, ‘I treat you well, don’t I?’” As shown by Lee’s story, this easy accession to other people’s comments and statuses can lead to more complaints and frictions in a relationship.

Some people claim that Facebook is a drama starter, especially when it comes to questioning your partner's fidelity.  Priya Dhillon, a senior at UCLA, has experienced this first hand.

“My ex-boyfriend was the jealous type,” she said. “He was suspicious about every guy I came in contact with. Facebook just made this whole jealousy issue a million times worse. His overwhelming jealousy has gotten us into numerous fights about comments guy friends made on my Facebook statuses and things like that...our relationship could have been smoother if Facebook did not exist.”

As the case was for Dhillon’s ex-boyfriend, every update might leave you feeling more nervous and disturbed, and checking your significant other's Facebook page may even slowly turn into a compulsory habit. Thoughts will keep prancing around in your head: Are these lyrics he posted related to me? Why is she leaving this comment on his status? Who is this new friend he just added? Before you know it, you and your significant other might be dealing with trust issues.

Many things can be categorized as both a blessing and a curse, and Facebook is one of them. Our generation can’t live without it because it makes communicating and keeping in touch so much easier. Yet, it can complicate and even ruin relationships at the same time.

Benson Conrad, a junior at UCLA, made one point about Facebook that’s important to remember.

“Once something is said on Facebook, it is hard to take back," he said. "I have done it a couple of times, and now everyone has to see that…With Facebook, being careful is never enough not to hurt someone. It is that way in life; Facebook makes it a little more too permanent and that can strain any relationship.”