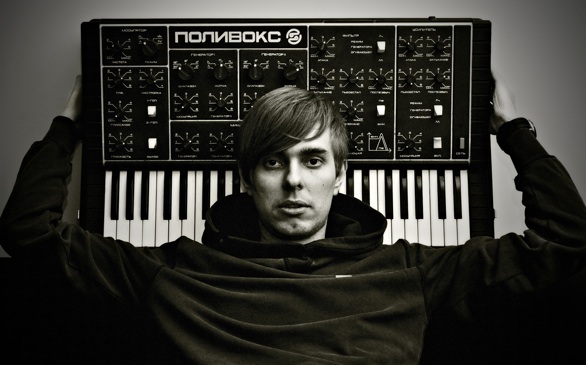 With Music from the Eastblock Jungles Part I, released last autumn, Russian producer Proxy dealt out a batch of effects-heavy and robotic-leaning electronic dance numbers that sounded like they were meant to be backing music for a cyborg-hunting video game or the soundtrack for a similarly-themed film. Part II picks up with a similar theme, opening with the very cinematic “Blood,” a tune that conjures images of medieval warriors about to overrun a helpless village, perhaps a suitable musical analogy for how Proxy’s underground sounds are bringing hordes to the dance floor. “Indian Film” is not quite as menacing; it’s pure rhythm featuring a drum machine and an oddly-appealing concoction of synthesizer clicks and blips, relating in no way to the “Indian” in its title, Eastern, North American or otherwise. Most of Proxy’s music is instrumental but a highlight here is quasi-vocal number “Coke” where a voice sings a catchy phrase over and over; the ‘words’ may or may not be in an actual language but it doesn’t matter since they’re a blast to try and sing with (and you’ll want to.) Proxy’s technique of distracting the listener with a bit of quirkiness is a clever one; it allows the beats to take over so stealthily that before you realize what’s going on you’re locked in a blissful groove.