Bock Fest 2013: Unlike Any Beer Festival You’ve Ever Attended 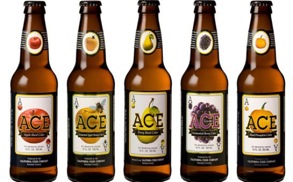 ACE Premium Hard Ciders will be at this year's Bock Fest.
(Credit: Facebook.com/oktoberfestLA)

Attention beer lovers: If you call yourself a true beer enthusiast, then Bock Fest 2013 is where you want to be. On Saturday, Jan. 26 at Arena Nightclub in Santa Monica, the best German Bocks and winter beers will be all yours to taste.

For those who don’t know, “bock” is a strong lager that is traditionally brewed in the fall and aged through the winter for consumption in spring. At Bock Fest 2013, you can try this and more from more than 50 different breweries!

The festival started three years ago when they wanted to celebrate some of the greatest beers that don’t get that much recognition. Some beers and breweries that you can expect to taste (but might have never heard of before) are Beverly Hills Beer, St. Feuillen Ale, Firemans’ brew blonde, brunette and the redhead, Xingu Black Beer, Yanjing Beer and many, many more.

Although other beer festivals come and go through L.A., this one is unique. At most beer festivals, you’re given a small cup to try all the beers. However, at Bock Fest they will give you full pints of beer with unlimited tasting. In other words, you get to carry a large cup of beer around as you sip and socialize, and you can refill it as many times as you want! Not to mention, you’re drinking for a good cause; proceeds from the festival will go to local charities.

But beer is not the only drink on the menu. If you buy access into the Sugar Lounge, you can get beer, wine and spirits. Also, expect some pretty awesome live entertainment in the lounge. The beautiful ladies of Dirty Little Secrets will give sultry performances all day long for a total of four to five shows. This rock burlesque troupe will surely capture your attention, whether you’re drunk or sober.

Bock Fest is not only a festival of entertainment; it is also a competition. Judges from all around the world will crown two beers as the Bock Fest – Winter Beer Festival Champion beer of the world. Jay DiEugenio (aka The Tailgate Guy) from Food Network’s “Tailgate Warriors with Guy Fieri,” Melissa “MoJo” Hunter from Fox’s “Joe Millionaire” and a few other experts will be on the judging panel.

So, if you plan on staying home that weekend, sitting on the couch and drinking a beer, why not do it with your (21-and-over) friends and family at L.A.’s go-to beer festival of the year? Bock Fest 2013 will be an experience unlike any other.