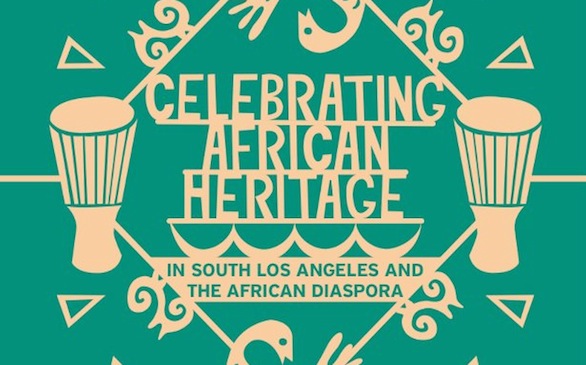 Mercado La Paloma, which is a South Los Angeles non-profit multicultural community arts and culinary destination, has announced a fresh set of complimentary cultural events for the months of January and February.

This is part of their ongoing “Cultural Continuum” series. The festivities begin with the Common Ground II Art Exhibition on January 18th from 7-9 p.m. According to a prepared statement by the spokeperson of The Mercado, this event will feature a photo-centric installation that'll explore the artistic, culinary and cultural dynamics of African and Latin-Americans in L.A.

The series also features film screenings. The L.A. Rebellion films are scheduled to be shown to coincide with the Martin Luther King, Jr. holiday weekend from January 19th-21st. The works are considered major contributions to the advancement of African-American cinema in L.A. and beyond, the prepared statement indicates. A highlight is an exclusive showing of Charles Burnett’s acclaimed film, Selma, Lord, Selma; this movie portrays the events of Bloody Sunday through the perspective of the young lead character, Sheyann Webb.

But that's not all. Two sessions of “The African Influences in Latin America” Music Presentation and Workshop are also scheduled for February 2nd and 9th. These presentations and classes will be led by renowned performance artist, Imodoye Shabazz, director of the influential Aladunn New African Performing Arts Group, the statement says.

In the late 1960s, in the aftermath of the Watts Uprising and against the backdrop of the continuing Civil Rights Movement and the escalating Vietnam War, a group of African and African American students entered the UCLA School of Theater, Film and Television, as part of an “Ethno-Communications” initiative designed to be responsive to communities of color. Now referred to as the L.A. Rebellion, these mostly unheralded artists created a unique cinematic aesthetic that set their films apart from their contemporaries. Curated by director Billy Woodbury, the following films will be screening during Martin Luther King Jr. weekend:

With a Q&A segment with Director Charles Burnett

Imodoye Shabazz is a part of this. Shabazz is the director of the Aladunn New African Performing Arts Group teach this class exploring the African roots present in popular Latin music, more specifically Cuban. The two days will include a live demonstration and talk on the Music, Dance and Singing associated with what Mr. Shabazz calls ‘New African’ Music with a special space for audience participation so that you can have a full experience.