When the Stars Come Out 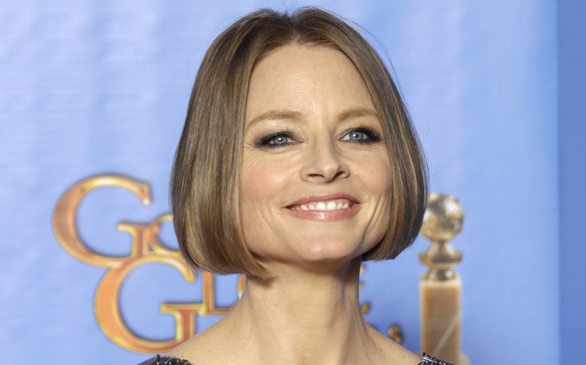 Jodie Foster is hardly the first celebrity to acknowledge that he or she is gay, but she may be the biggest so far and she did it on a big stage - the Golden Globes awards show, which was televised worldwide Sunday night and watched by 20 million viewers. It may not have been breaking news for a roomful of Hollywood power brokers and stars - or for anyone who follows the entertainment industry closely - but it was no doubt a significant moment for the many moviegoers who generally believe, in the absence of any information to the contrary, that actors' sexual orientations parallel those of the characters they play on screen.

In fact, Foster had already publicly, if even more obliquely, alluded to the woman in her life when she accepted an award at a smaller 2007 event and praised, among other friends, "my beautiful Cydney." And, at this point in her career, with two best actress Oscars and multiple turns as a director and producer, Foster, who is 50, risks little professionally with such a revelation.

But as she accepted the Cecil B. DeMille lifetime achievement award, the mere fact that it took her more than six minutes to offer a sometimes coy but ultimately poignant explanation of why she chose to be so private on this matter for so long speaks volumes about how difficult coming out still is for many public figures.

In the hours since the telecast, her speech has been picked apart and second-guessed repeatedly. It's been spurned as too little too late, when it might have been braver and more helpful to the cause of gay rights if she had delivered it, say, when she picked up her first Oscar in 1989. She has been chastised for chastising others for coming out too dramatically, and criticized for being too dramatic herself on Sunday night.

Indeed, celebrities always sound a little disingenuous when they rail against the culture that made them famous and, in the process, robbed them of their privacy. But given what Foster has gone through in her life - particularly her undesired connection to John Hinckley Jr., who tried to assassinate President Reagan in 1981 in an effort to impress her - she makes a credible case.

It's commendable when someone so famous acknowledges his or her sexual orientation so openly. The more those who command attention choose to talk openly about sexual orientation, the more the public will accept it and, ultimately, the less newsworthy it will be. Even in Hollywood. But for the moment, we are still in transition from a society where such announcements serve a useful purpose to one in which they are, as they should be, entirely irrelevant.