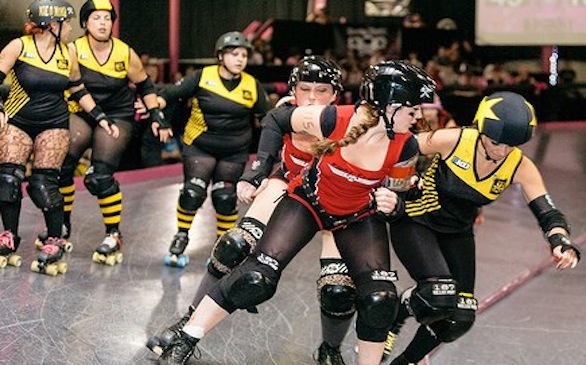 There is something different about this season. That something could lead to bigger and better things for the Derby Dolls. They’ve changed something about themselves.

“So what we did is we separated the season. The first half of the season will feature the L.A. Ri-Ettes, which represents the Los Angeles league, in inter-city games. They include San Francisco, Phoenix, Portland, Baltimore – all these are inter-city games,” said Rebecca Ninburg, who co-founded L.A. Derby Dolls in 2003 along with Wendy Templeton.

But why the change? It’s simple. The Derby Dolls know what they want: become a professional sport in the future.

“Our goal is also to create a national sport that's recognized. Our home teams are how we started, and we want to respect that culture. So we separated that into two seasons,” said Ninburg, who goes by Demolicious within the L.A. Derby Dolls.

They do not judge anyone as long as they’re not against children, the elderly and animals, and they have a diverse membership including redneck, punks, professionals and mom to name a few, according to their official website. It also points out that the Derby Dolls organization is a family and the only thing they have in common is that they love to ride and will have each other’s backs.

The entity, which begins its season on Saturday, January 19, has become stronger over the years, according to Ninburg.

“The Derby Dolls have a pretty strong culture in LA,” said Ninburg. “They have a large fan base. It’s been developed over 10 years and people love to see their home team. It’s a big deal to play for the home team, and play in front of 1200 people; it’s always very exciting.”

Throughout their competitive campaigns, the Derby Dolls have maximized their efforts in every way, shape or form. As the league has grown, so has the fan base. At Derby Doll Factory, every game was practically a sell out. Not only are the players passionate about what they do, but spectators also convey that same passion.

“Our players are very passionate and that carries over to our fans,” explained Ninburg. “You can feel that passion as soon as you walk into the arena.”

Ninburg added that despite the intense competitive spirit and nature of physicality in the sport, each player undeniably enjoys what she performs when battling in matches.

“You can see that the girls who play are doing it because they love it and it’s such an intense and physical sport – full-contact,” she said. “It’s really easy to get behind them and root for them. You can see how much they have to train and prepare to be able to do those things.”

For some, it takes them longer than others to reach a level of productivity when roller blading. It could be inexperience, but the fact of the matter is that the sport is still growing.

“You’re watching something that’s still being developed,” said Ninburg. “It’s unlike any other sport. These women are putting themselves in very physical situations and they’re just badass. It’s amazing seeing what these girls can do. It takes years of training.”

Also, according to Ninburg, roller derby is the gnarliest sport currently being practiced. It doesn’t have a ball. Players deal with others aggressiveness, which in result produce a potent excitement on the track.

It’s not barbaric. Rather, it’s a well-organized sport. Though it’s aggressive, players maintain their cool. “You need to know how to do that within the rules, and it’s a team sport that’s extremely aggressive,” added Ninburg.

Not many people within the city know about the L.A. Derby Dolls. And not many are aware what the sport is truly about. Ninburg has a message for them.

“For some reason, a lot of people are intimidated by it, or just don’t really know anything about it,” she mentioned. “Out of the thousands of people who come, most leave the arena excited and inspired, and say they had more fun than they anticipated. I would recommend people go on Yelp and see what others are saying. I’m always impressed by the reviews people post; it’s awesome. People know there’s so much soul and passion for the sport. You walk into a different world that’s very supportive and exciting.” 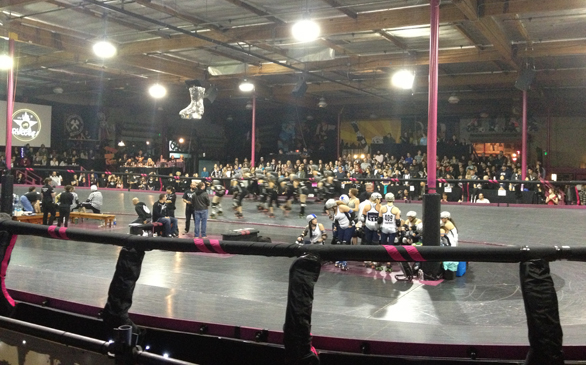 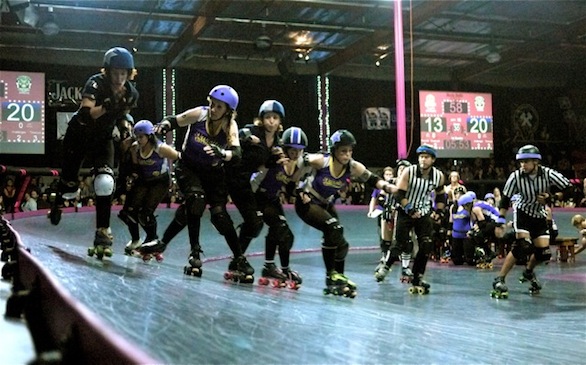 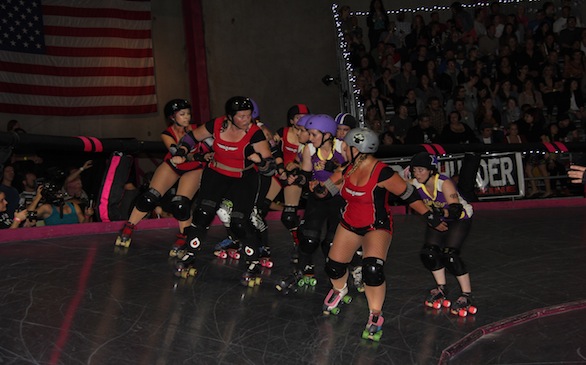 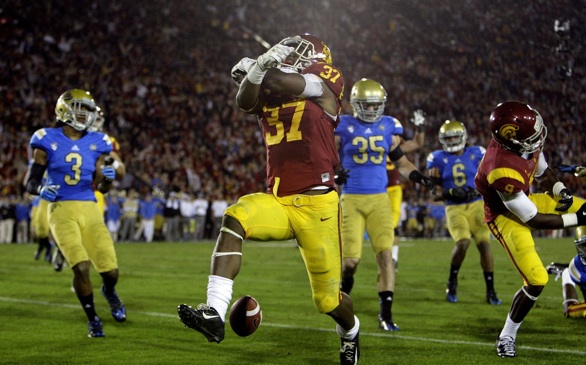