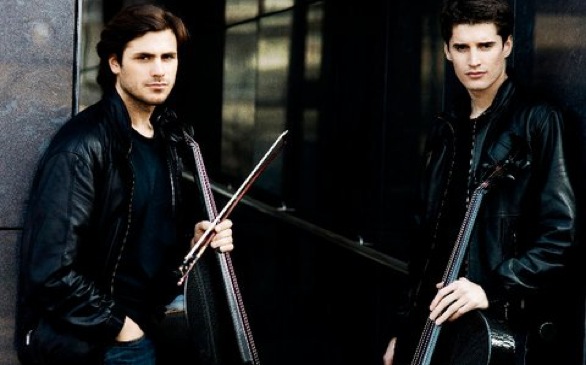 If you think that cellos only have a place in chamber music and in adding dramatic flourishes to indie shoe gaze, 2Cellos has a surprise for you.

Luka Sulic and Stjepan Hauser, the young cellists referred to in the group name, are both classically trained musicians and whether you define In2ition as classically-informed pop or simply as modern classical music, it is one thing undeniably: fun stuff. With only one exception (the self-penned “Orient Express”), the guys have chosen a set of mostly well-worn songs to cover. Hotshot guitarist Steve Vai guests on the duo’s instrumental take on AC/DC’s “Highway to Hell,” but it’s the cellos that do the shredding. Elton John’s singing helps 2Cellos breathe new life into the Peter Green-era Fleetwood Mac standard “Oh, Well,” and with the aid of pianist Lang Lang, Sulic and Hauser perform a version of Coldplay’s “Clocks” that’s far more interesting than the original.

Not every cut features a guest performer, but all the best interpretations here do; “Glee” star Naya Rivera shines on a version of Muse’s “Supermassive Black Hole,” and a slowed-down cover of the Sonny & Cher chestnut “Bang Bang” with Sky Ferreira on vocals proves to be In2ition’s most inspired moment.