Red Jacket Mine: Someone Else's Cake 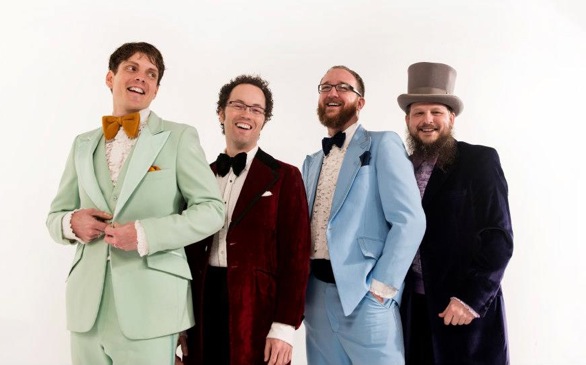 With “Amy,” the first cut on Someone Else’s Cake, offering a subtle nod to the Cars hit “Shake it Up,” and the second cut “Nickel and Dime” sounding like something that dropped off a Squeeze album, you don’t have to get far into the set to know what Red Jacket Mine is all about: concise pop songs that are a cut above typical radio fodder. Cleverly phrased lyrics are part of the deal. On “Ron Nasty,” singer Lincoln Barr relates rather matter-of-factly that Ron is a “particular brand of aloof/with a tenuous grasp on the truth/and he don’t like you,” but the snarky put-down doesn’t keep the song from including a sweet sing-along chorus that makes it seem like the nasty Mr. Nasty is actually being celebrated. That kind of sublime wit recalls the work of Elvis Costello, and the use of fuzz guitar and Farfisa embellishments here and there further the notion that Red Jacket Mine is quite fond of the best of the early New Wave wordsmiths. It may be Someone Else’s Cake, but the best thing to do here is grab the biggest slice you can.

CD Reviews
An album about fame? Yawn. But Billie Eilish upends cliches on sumptuous 'Happier Than Ever'
1,115 views