Los Angeles to Get Kinky 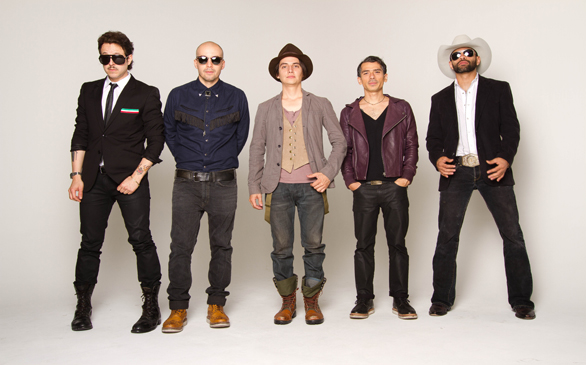 The five-member band known as Kinky will perform in Los Angeles on January 31st. Kinky is from Monterrey, Nuevo Leon, Mexico; they formed in 1998.

The show takes place at the world famous Conga Room in downtown L.A. It's scheduled at 9 p.m.

They've played, practically, all over the world. That includes performances at Mexico City's Vive Latino festival, Coachella, and Austin City Limits. They're toured with the likes of Shakira, Modest Mouse, Cake, and The Flaming Lips, among others.

Kinky's performance figures to be quite the entertaining set.