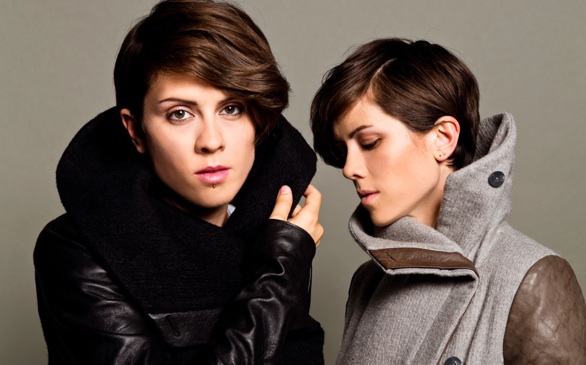 Heartthrob has a touch of love.
(Credit: Lindsey Byrnes)

Heartthrob or heart attack? The twin sister lesbian Canadian duo, Tegan & Sara, released their seventh album Heartthrob on Jan. 29. Unlike their usual indie-folk sound, they have morphed into the norm of catchy beats and electronic pop. Compared to their other albums, like The Con, the women have changed their sound in this album to relate more to the Katy Perry and Britney Spears music of today. For the devoted fans that have been attached to them since the Under Feet Like Ours album, this new pop-esque type sound can either be a heartthrob or a heart attack. For new listeners, it may be easier for them to feel attached and in love with their hearts and new jams, but it may take the older fans some time to get used to such a pop, as it is a “Shock to Your System.” The songs all seem to relate to relationships or people of their past, which gives listeners the nostalgic feelings that the duo always has given their fans. This new path can either have them walking with a ghost (get it?) or bring them a step closer (get it?) with their old and new fans.