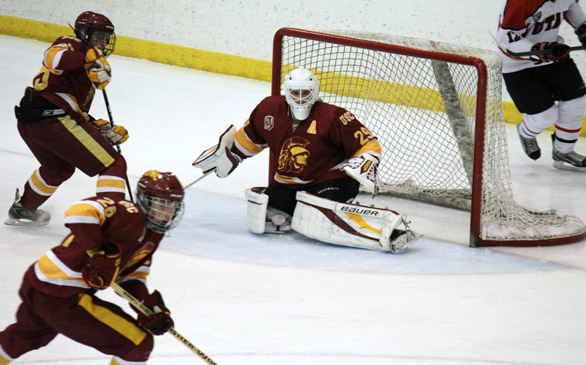 The PAC-8 college hockey playoffs are set, and the action will take place Feb. 8-10 at The Rinks - Anaheim ICE. Classified as the PAC-8 Hockey Conference Championship Tournament, it will feature a total of six competing teams.

According to a prepared statement released by the conference, this year's tourney will see local archrivals UCLA and USC face-off on Feb. 8 at 7:30 p.m.

Furthermore, the Bruins recently captured the Crosstown Cup trophy shared between the rival teams, the statement said. Both teams will have to square off against top-seeded Utah, too.

The eventual winners of Pool A and Pool B will play each other in the Championship match on Sunday, Feb. 10, at 12 p.m.